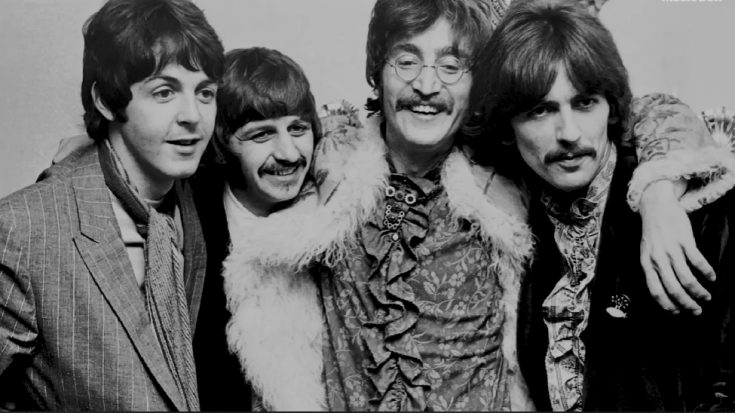 When it comes to music, many people look to the Beatles as the epitome of excellence. They rarely, if ever, experienced failure or a period of decline. The fact that they split up when still at the height of their popularity insured that their discography would remain unsullied, even if it did bring sadness to their many devotees. However, over the years, a few minor blunders crept into their music, serving as a subtle reminder that they are still human beings just like the rest of us. Below are some of the mistakes noticeable in several of the Fab Four’s classic gems.

Lennon begins each portion of this bluesy workout by singing a “sh” syllable, and his voice blends with McCartney’s bass and Starr’s maracas. Unfortunately, the relentless whisper of “Shoot me” he was supposedly singing gets lost in the recording.

Even though McCartney originally planned to include the song in the extended Side 2 medley, he ultimately opted against doing so. The song was originally supposed to be discarded, but engineer John Kurlander didn’t want to waste anything, so he added it to the conclusion of a preliminary mix several seconds after “The End.” The band appreciated how it dampened the last song’s sonic momentum and left them feeling more resolved after hearing it.

Within its context, Paul used the f-bomb. The origin is lost to history, albeit a bad piano note is sometimes cited as the culprit. McCartney sings the final line of the song, “Then you can start…,” but mutters something under his breath that sounds like “fu**ing Hell” shortly before he stops.

Paul McCartney sang the last lyric, accidentally switching the jobs of Desmond and Molly Jones. When he realized his error, he decided to keep it in there as a thought experiment for readers.

However, in the music video for the song, McCartney can be seen clearly miming the lyrics because his mouth didn’t synchronize at one point in the “Bye-Bye-Bye” line, which has caused some controversy.

In the midst of the reflective tracks on Rubber Soul, “What Goes On” is a bit of an outlier as a country track. Also, if you listen closely to the arrangement, you can hear how disorganized the Beatles were.

While tracking this single in late 1964, one of the band members apparently leaned a guitar against a live amplifier, setting off some explosive feedback. The band was so taken aback by the unexpected result that they decided to use it as the song’s introduction. The squalling noise finally gave way to George Harrison’s expertly chosen lead guitar solo.

“If I Fell” has a lovely arrangement, indeed. The melody has moments of melancholy and yearning, but when it reaches its climax at the conclusion of the middle eight, McCartney’s voice cracks with the effort required to achieve high harmony.

This bouncy little tune was used on the flip side of the worldwide blockbuster single “She Loves You” in late 1963. Due to time constraints, a mishap in the bridge’s lyrics was also permitted to stand.

Even though producer George Martin notoriously sped up the tempo of “Please Please Me” from its initial, stately cadence, the take that was ultimately used features John Lennon’s lyrical error in the song’s final verse. The discord is audible when he and Paul McCartney try to harmonize using separate words.