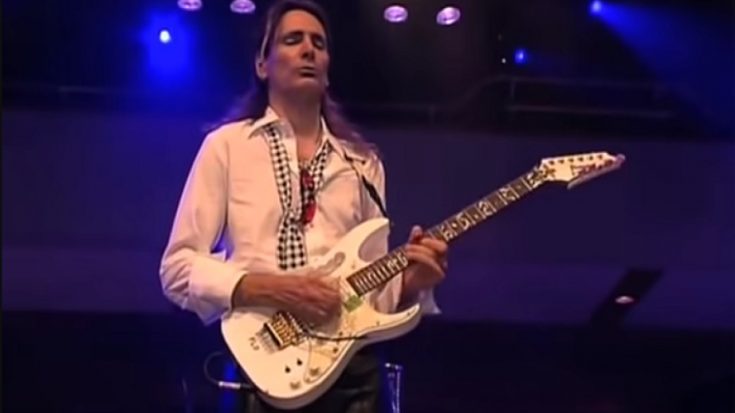 In a recent article for Louder Sound, legendary guitarist Steve Vai chose eight songs that have had a significant impact on his life and career, including Led Zeppelin’s “Heartbreaker.”

Other songs mentioned in the article that had a profound impact on Steve Vai’s life include “The Rumble” by Leonard Bernstein, “Dance to the Music” by Sly and the Family Stone, “Burn Down the Mission” by Elton John, “Ogre Battle” by Queen, “Inca Roads” by Frank Zappa, “The Rite of Spring” by Igor Stravinsky, and “House Where Nobody Lives” by Tom Waits.

In the interview, Vai opened up his insecurity of holding the guitar, which for him, is an “untouchable, beautiful thing.” It was until he had listened to Led Zeppelin’s “Heartbreaker” track from the band’s “Led Zeppelin II” album that he’d found strength in learning the instrument.

“Hearing my sister Pam’s copy of ‘Led Zeppelin II’ was the defining moment in me wanting to play guitar,” Vai said. “That record was my everything. I’d always thought that a guitar was this untouchable, beautiful thing that I was unworthy of holding, but as soon as I heard the solo on ‘Heartbreaker,’ something shifted in me, and I thought, I don’t care about my insecurities, I’m playing the guitar.”

He also added: “I bought a Teisco Del Rey guitar from a friend for $5 and started learning, and everything Jimmy Page represented was everything I wanted to be.”

Steve Vai’s distinctive and groundbreaking approach to the guitar sets him apart from every other musician. He has sold over 15 million records, and began his career in music as a transcriptionist for musician Frank Zappa in 1978. He then went on to perform with Zappa’s band for three years, from 1980 to 1983. After that he went off on his own and has since released eight solo albums. Throughout his career, Vai has also collaborated with David Lee Roth, Whitesnake, and many more, performing and recording with each of them.