The Love Triangles That Band Members Fought Over 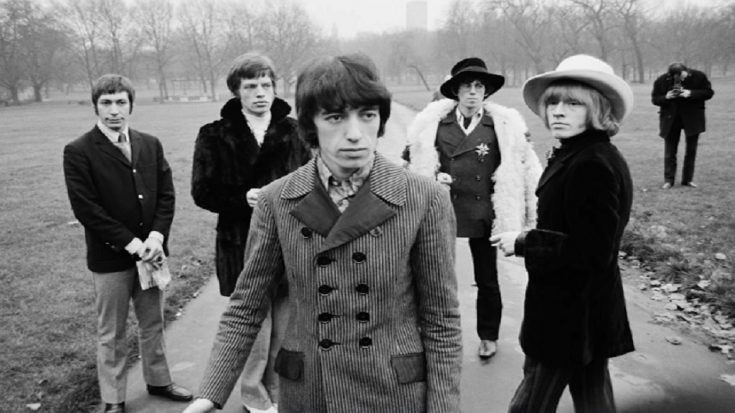 It’s inevitable for rock bands to fight over anything – leadership position, songwriting, or even relationships. The dynamics inside a band, especially between its members, change with time. Bands may permanently disband, temporarily break up, or simply have to weather a very difficult storm to get by as a result of the inevitable disagreements and conflicts that arise as they develop. When love is involved, things grow more perilous. Being in a band puts many people near one another; this increases the likelihood that two members would develop romantic feelings for the same person, which can lead to conflict and even be devastating. Below are some of them; take a look.

Steppenwolf may no longer be active today, but they were one of the well-known bands during their heyday. Larry Byrom, who replaced original guitarist Michael Monarch, contributed to three of the band’s albums and left. His exit was the result of his wife’s affair with his bandmate, keyboardist Goldy McJohn.

The Mamas and the Papas

The Mamas’ and the Papas’ soothing songs are in no way aligned with their messy personal lives. John Phillips married Michelle Gilliam, who would later adopt the name, Michelle Phillips. Moreover, Cass Elliott developed a crush on Denny Doherty but to everyone’s disappointment, Denny and Michelle would strike up an affair afterward. Elliott was so pissed that she confronted Michelle about it.

A rift happened between Graham Nash and Stephen Stills when Rita Coolidge entered in their lives. Rita initially made plans with Nash to see a CSNY concert, but when she called Stills’ house (Nash was crashing with him during this time), it was the homeowner who answered, and he lied about how Nash couldn’t make it and he’d offer to escort her instead. The two struck a relationship that turned sour afterward. Coolidge then began to date Nash; Stills couldn’t handle the breakup so he attempted suicide by taking pills in excess.

David Crosby first got together with folk legend Joni Mitchell around the time when he was still with his group, The Byrds – but broke up with her eventually when he rekindled an old fire from a former lover – to Mitchell’s chagrin. When Crosby, Stills, Nash & Young formed, Mitchell found love for Crosby’s band member, Graham Nash. Nash eventually penned the tune “Our House” for her.

It’s a well-known fact that Fleetwood Mac has had a fair share of controversies during their active years. From the Lindsey Buckingham – Stevie Nicks – Mick Fleetwood entanglement to Mick Fleetwood’s wife having an affair with former FM guitarist, Bob Weston. Fleetwood got so angry with what they’ve done that he fired Weston upon finding out.

The Ramones might be the face of punk rock that they helped catapult in the 70s, but they’re not an ideal group to idolize when it comes to relationships. There was a breach between Joey Ramone and Johnny Ramone, the band’s guitarist, that wasn’t healed before either man’s untimely demise. Linda was Joey’s girlfriend for over two years before she dumped him for Johnny, who she later married and changed her name to Linda Ramone after. Marky Ramone, the drummer, noted that the two didn’t even want to sit next to each other.

The Rolling Stones had a massive reputation for being chaotic even in relationships. Model Anita Pallenberg first met Brian Jones during one of the Stones’ concerts. Eventually, the two would experiment using LSD, but Jones would suffer massive violent nightmares with the drug. During one of his nights in the hospital, Pallenberg would eventually find comfort with Jones’ bandmate, Keith Richards, and the two would form a relationship that lasted for 15 years with 2 children along the way.