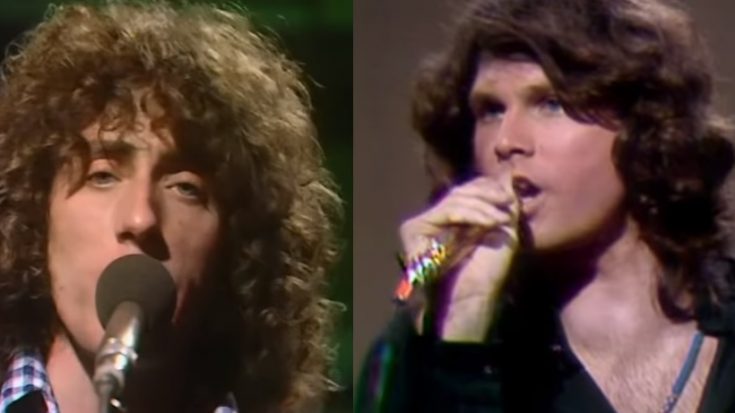 The Isle of Wright Festival was the home of some of the iconic swings of adventure and excitement at the time of its counterculture existence. The event featured some of the most popular artists that made the festival so historic and lives up to its wonder till today. But as the 1960s took its last bow and welcomed the roaring approach of the 70s, it was also the last time that Roger Daltrey from The Who would share his final moments with the Doors frontman, Jim Morrison.

The legacy brought by the festival was so huge, thanks to the people who made it happen. The event was supposed to cater to at least 150,000 people. But due to the hundreds of thousands of gatecrashers, it made a historic mark of 600,000 attendees of such event. This is something that Daltrey will never forget, not just because of the insanity of the festival, but because of all the prosperous memories he had shared along with his band, and among others.

It was on Saturday when The Who performed on stage, among the tight line-up of Miles Davis, The Doors, and Joni Mitchell. Daltrey remembered sharing two bottles of Southern Comfort with Morrison at that time and got drunk immediately.

“It was in front of a huge bonfire that was being fuelled by whatever we could find to burn, to be honest. It was freezing, it was very cold. It was later in the year, I think from what I can remember,” Daltrey vividly reminisces. As the Doors went to perform first, Roger said that it was at that moment that he shared his last time with him.

“Literally, I think it was in two months that he died. So the bastard got out without buying his round,” he joked while remorse showed in his face. He began to say the vibrant memories that he shared with the late singer, knowing for sure he will never have the chance to drink another round with his friend anymore.