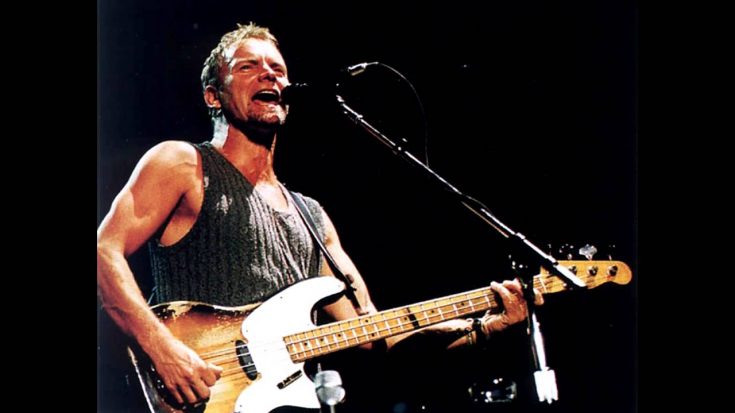 Sting is a multitalented musician. As the singer and songwriter for the band The Police and also moonlighted as the band’s bassist, he had to keep his ear exceptionally tuned to the melody while simultaneously doing other duties for the band.

Sting wasn’t a beginner when it came to music; he simply had to learn how to separate his attention when recording and when performing live. Despite this, The Police’s back catalog is loaded with excellent basslines from start to finish. Songs like “Voices in My Head,” “Masoko Tanga,” and “Peanuts” highlight the more diverse work that he does on the instrument. These songs give the essential amounts of color to spice up his otherwise monotonous bass-playing technique.

One of The Police’s most well-known songs, “Message in a Bottle,” showcases how masterfully Sting strikes a balance between overly simplistic elements and more complex musical ideas. It’s easy to lose track of what Sting is doing melodically in the song when there’s a classic riff by Andy Summers and fast drumming by Stewart Copeland. But it is abundantly evident, after listening to the music by itself, that Sting had a strong feel for the groove on the bass.

Listen to the bass part by itself in the song “Message in a Bottle” by clicking the video down below.