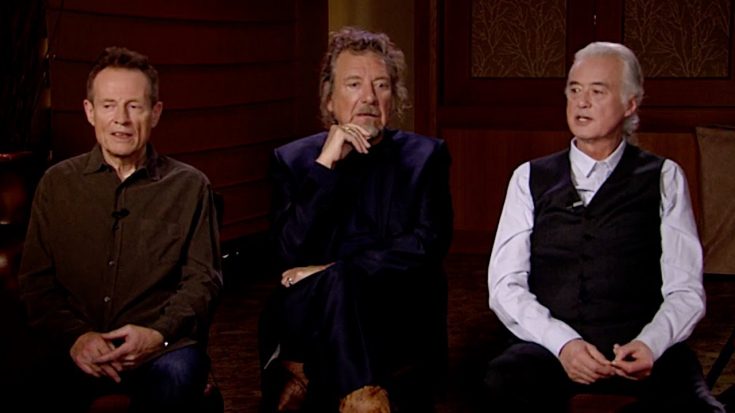 Nearly all musical bands play cover versions of the iconic songs that were popularized by groups that came before them, especially when they first started. Because bands typically play songs that most inspire them when they perform covers, it makes it simpler for them to connect with their target audience because the classic songs they cover are typically well-liked by a large number of people and are enjoyable to listen to in their own right.

Led Zeppelin is best recognized for their songwriting abilities and remarkable original material, yet, just like the rest, they have also covered songs by a number of other popular musicians, including The Beatles. In an interview from 1973 with NME Magazine, Led Zep’s bassist John Paul Jones recalled that one time they had to cover several Beatles songs at the one gig that changed the band’s gameplay in music.

Because of the crowd’s intense enthusiasm for the band during the performance, which took place on January 26, 1969, at a Boston Tea Party, they were given a strong indication of the success that was to come in the future.

John recalled the wondrous experience. Led Zeppelin ended their 1-hour gig using all the material from their debut album along with guitarist Jimmy Page’s “White Summer” instrumental, but the audience didn’t want them to end their performance. “It was in such a state that we had to start throwing ideas around, just thinking of songs that we might all know or that some of us knew a part of and work it out from there,” Jones revealed.

“So, we’d go back on and play things like ‘I Saw Her Standing There’ and ‘Please Please Me,’ old Beatles favorites,” he added. “I mean, just anything that would come into our head, and the response was quite amazing. There were kids actually bashing their heads against the stage – I’ve never seen that at a gig before or since, and when we finally left the stage, we’d played for four-plus hours.”

John Paul Jones also revealed that the response of audience left their manager, Peter Grant, feeling overjoyed and overcome with emotion. He started crying and gave each member of Zeppelin a hug. At that moment, they realized that there was going to be more to come.