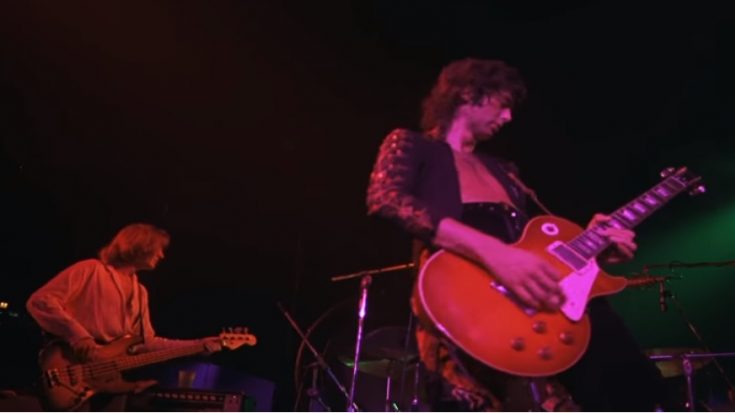 If there ever was an album that showcased Led Zeppelin’s incredible talents of experimentation and downright innovation while having fun at the same time, it’s Houses of The Holy.

The recording of their 5th album came with a lot of pressure for the band since the imminent success of their previous albums, even so, that Jimmy Page blatantly admitted the weight of it. But, Page being Page, never let himself be devoured by it. And up comes their album that they dedicated to their fans who often called the places where they perform the “houses of the holy.”

Like any good Zeppelin album, the songs inside primary consist of melodious orchestration and powerful lyrics. But for this time, they added new twists for it—spawning doo-wop, reggae, ballad, and their earlier versions of blues-induced rock to be incorporated. Moreover, they’re pretty much having the best time of their lives during recording sessions at the Rolling Stones Mobile Recording Studios, way back to their native home of England. Moreover, since their successful careers led them to fame and fortune, the magnificent places they’ve traveled at this point largely helped to create inspirations for the song that were mostly done for this album.

But, the album had its fuzzes as well, most especially with their chosen cover artwork. The picture displayed children in nude tights that were journeying to a volcano’s terrain. The artwork embraces the line between inappropriate and artistic contemplation, and the album being released in the ’70s, it was mostly acknowledged on negative remarks and was even banned from several countries.

Nevertheless, the overall success of the album put Led Zeppelin on edge of every rock band back in the day. Houses of The Holy firmly let us remember that the 70s did have a superbly great taste for music. And with this album in mind, we can always know that the people who live in that generation did not lie for once about the claim.