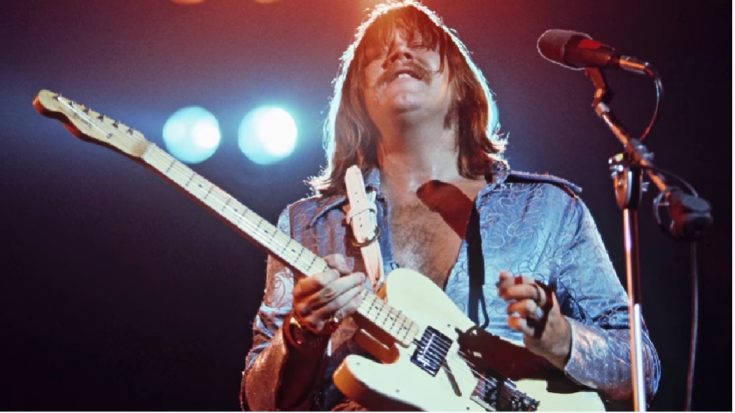 It’s a known fact that Chicago is one of the greatest bands in the music industry. While a lot of people could name any Chicago song by heart, little do they know that the band’s success could be credited back to their unsung hero, Terry Kath.

Kath, the band’s then-guitarist before he died in 1978, was the reason why Chicago became known today. Although the band decided not to select any leaders and that everyone should have a fair share of royalties and credits, there’s no denying that Kath led the band to an even bigger height of fame and recognizability, something that became evident the moment the band released their first album.

At the time when they were still going by the name The Big Thing and the band were still living off of cover songs, Kath was the one to think of playing originals. The Big Thing then transitioned into Chicago Transit Authority and wrote a lot of great material that they had to make their first 3 albums into double LPS. Kath, including bassist Peter Cetera, shone brightly on the songwriting process.

While their debut album’s singles didn’t receive any success on the charts, the first one to gain that title was Chicago’s “Make Me Smile,” with Kath’s vocals provided there. Though it wasn’t his song in the first place, it was his voice that became the trademark for fans of Chicago to look out for. On another note, when Jimi Hendrix first saw Chicago performing onstage at the “Whisky A Go Go,” Hendrix was so fascinated with Kath’s guitar playing that he complimented the guitarist afterward by saying that it’s “The best guitar player I’ve heard. He’s better than me.” Talk about getting a compliment from the world’s greatest guitarist!

Apart from that, “Color My World” was also a slow dance staple to many parties such as proms, weddings, and bar mitzvahs. Although written by James Pankow, Kath also provided the vocals for the song, which blended perfectly with the soft rhythm.

It was devastating when Kath died; leaving the rest of Chicago to go forth and patch the large hole that the guitarist/singer left. But whatever the circumstances led them after, we have Terry Kath to thank for realizing the huge potential that Chicago had all along.