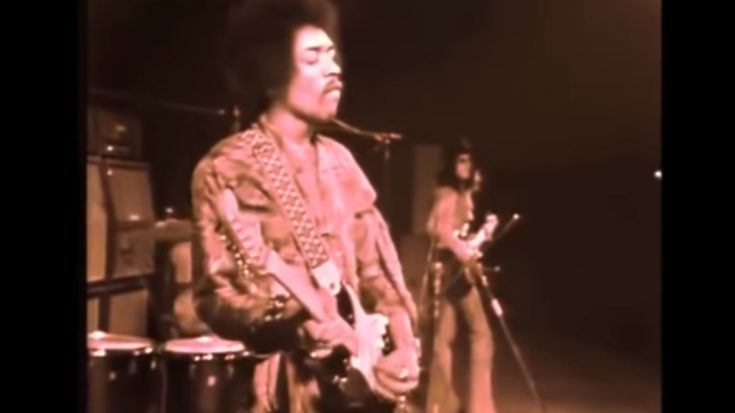 We’re all quite familiar with Jimi Hendrix’s 3rd and final album in his life. Inside, it’s impossible to miss “Voodoo Chile” with its blazing fast riff that sounds hypnotic and cutting-edge simultaneously.

When a song has so many facets and is so engaging, it’s easy to overlook its length. Moreover, Hendrix was more than capable of making a 15-minute song feel like a five-minute one, voodoo-like sorcery that we all could agree from.

In the world of music production, it’s not hard to imagine how laborious, specific, and irritating it is. It’s enough to put even the most accomplished music producer or a brilliant artist into a frenzy. Despite this, Jimi Hendrix and his band the Jimi Hendrix Experience were able to record “Voodoo Child” in three takes.

During the Electric Ladyland recording sessions, the band would often find time amongst themselves jamming. However, one night in 1968, Hendrix brought in 20 people to jam with the rest of the band; present in the session were Steve Winwood of Traffic, Jack Casady of Jefferson Airplane, and jazz guitarist Larry Coryell. The sudden influx of musicians led JHE’s bassist Noel Redding to exclude himself from the session. Moreover, Coryell opted not to record, so Winwood, Casady, Hendrix, and JHE’s drummer Mitch Mitchell, were the only ones who enjoyed the recording.

“There were no chord sheets, no nothing,” Winwood recalled. He [Hendrix] just started playing. It was a one-take job, with him singing and playing at the same time. He just had such mastery of the instrument and he knew what he was and knew his abilities.”

The next morning, the Jimi Hendrix Experience returned to the studio and re-record “Voodoo Chile” into a song fit for an album. In eight takes, Hendrix, Redding, and Mitchell were able to improvise the track, which would eventually be re-titled “Voodoo Child (Slight Return).”