The Greatest Vince Gill Songs You Probably Missed Out On 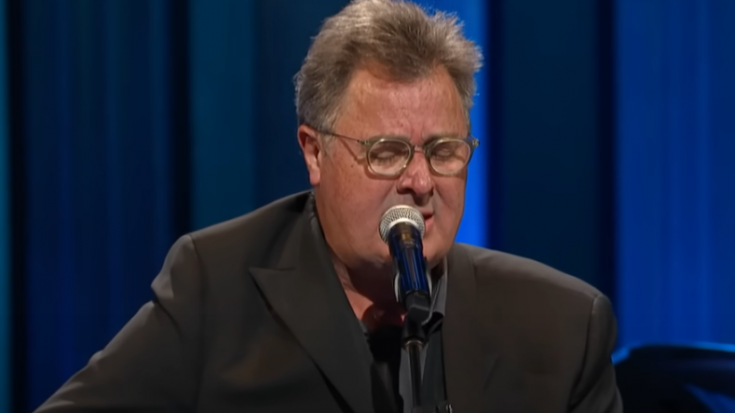 Vince Gill has consistently been recognized as a major player in country music history. More often, he is honored by his friends, colleagues, and family, who sang songs from his treasured catalog and presented a career retrospective that helped put his massive legacy in context. In the following list, we will delve further with 8 of the many legendary Gill songs that have made him and his career best-seller in the country music community and beyond.

This bluegrass-flavored song is about a woman who is fed up with her drunken spouse returning home. “One More Last Chance” has remained one of Gill’s most popular songs since it is both mocking and catchy.

One of Gill’s most memorable songs is “Don’t Let Our Love Start Slippin’ Away.” The song, released in 1992, is a waltz-style plea to his girlfriend to stay with him.

Gill’s rendition of the song is one of the album’s highlights because the vocalist incorporates R&B elements including a Hammond B-3 organ and a saxophone solo. Gill gives the song his unique spin while yet retaining its traditional qualities.

Similarly, “When I Call Your Name” finds Gill feeling down and out. The tune definitely has a crooner quality to it, and you can’t get any more traditional country than this.

In a more somber vein, “Pretty Little Adriana” was inspired by the 1995 shooting death of 12-year-old Adriane Dickerson outside a Nashville grocery. Gill’s writing is nuanced and thoughtful from a parent’s viewpoint, and his soft voice carries emotional weight.

“Whenever You Come Around” is another slow-burning Gill chart-topper, and it’s an unrequited love story of the finest class. Stunningly crafted and expertly performed, this song has been heard all across the country music scene since its release.

We’re suckers for a sneaky tune that speaks to our baser instincts, and this one checks all of those boxes and more. The video itself is also stunning.

There aren’t many songs as emotionally powerful as “Go Rest High On That Mountain.” After the death of country music musician and close friend, Keith Whitley, Gill began writing this elegiac tribute.