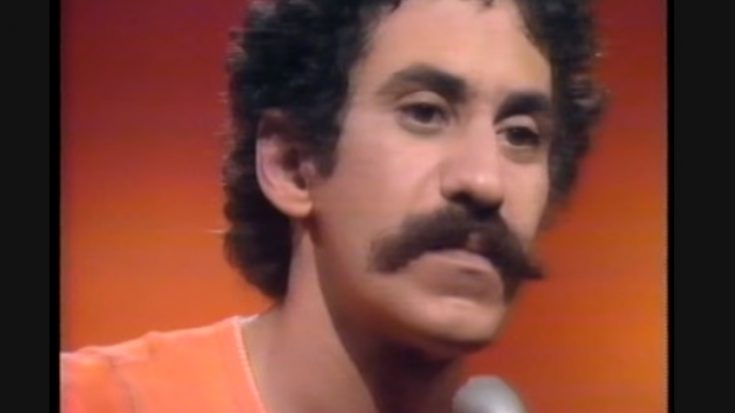 While Jim Croce wasn’t someone you’d call underrated, some of his songs have been treated as such over the years. The singer-songwriter was important in the development of soft rock, which was a blur between multiple genres. Though Croce is considered to be one of the most influential figures in the industry, there was a point where he did day jobs to supplement his expenses, because his first venture into music didn’t take off as planned. However, Croce bounced back to become one of the most accomplished artists in his field, until the tragic plane crash that took his life. In memory of the sensible musician, here are some of his most underrated tracks to cherish.

Jim’s mellow guitar arrangement in the track evokes a peaceful feeling throughout its length, subtly masking the nervousness in the lyrics, somewhat a shy confession to a lover. The various melodies beautifully intertwine in and out, hitting the right spots satisfactorily.

The melancholy of the track is evident with the two-hit combo brought by the arrangement and lyrics, with a man who broke up with his lover, and reminiscing their times together. The Christmas imagery painted by the song is so vivid, it has been frequently used in the holiday seasons, despite the gloomy message.

Influences of Chuck Berry’s brand of rock and some folk mixed in makes the track quite an enjoyable journey to listen to. Talking about a racing enthusiast, it tackles the image very clearly, with a sense of machismo and youthful rebellion that goes so well with the lively progression.

Inspired by news of his wife Ingrid’s pregnancy, “Time In A Bottle” was written by Croce lyrics first. The haunting melody of the verses seek resolution at the chorus, while the circular licks builds up the anxious atmosphere. Croce masterfully toys with emotions in this one, especially the irony of his mortality upon his untimely death, bringing more weight to the track’s message.

Perspective is put into perspective in this track, with Croce’s genius portrayal of an imaginative man who works in a carwash, with his mind fleeting in faraway thoughts. The country feel of the track is augmented by Croce’s funk feel, a tasteful combination of styles into one track.