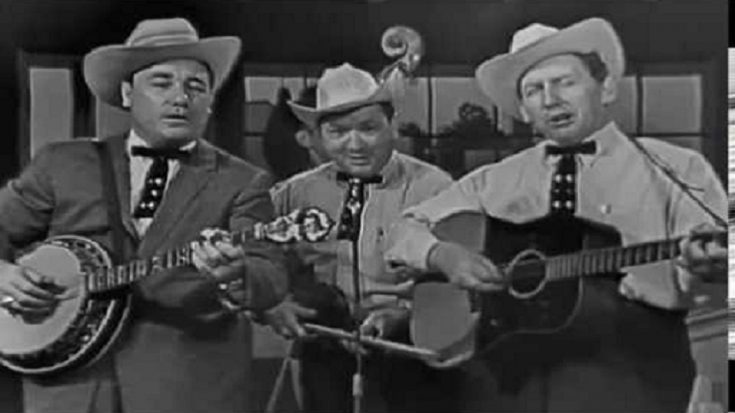 The 1960s marked a transition in music of all kinds. It seems that not even the purist-led bluegrass genre was immune to the decade of love and peace. Traditionalists were staunch in their adherence to musical norms, but they were met with progressive musicians who were just as determined to shake things up. Let’s take a look back at these five bluegrass bands that helped push the genre forward.

Many pioneers of the country rock scene have credited The Dillards. as an influence on their work. They were the first to introduce an electric twist to country music, laying the groundwork for country rock.

The Osborne Brothers were a seminal bluegrass band of the ‘60s, revered for their high-energy performances and intricate harmonies.

In the months after leaving the Blue Grass Boys, two of the greatest bluegrass showmen, guitarist and mandolinist Lester Flatt and banjo player Earl Scruggs, formed a new band called the Foggy Mountain Boys. Flatt’s lilting, drawling vocals and Scruggs’ signature three-finger banjo-picking style gave them a sound all their own.

The Country Gentlemen breathed new life into a genre that had been stuck in a rut of traditionalism for decades. By incorporating folk, soft rock, and contemporary country elements into bluegrass, they gave traditional music a modern twist and attracted new listeners.

Despite the team’s brief existence, the Kentucky Colonels are remembered fondly in our music history. In many ways, their signature sound can be traced back to their reinvention of the acoustic guitar through the use of a flat-picking technique. In addition, by the end of the 1960s, the band had earned a reputation as a pioneer in the folk music revival movement.