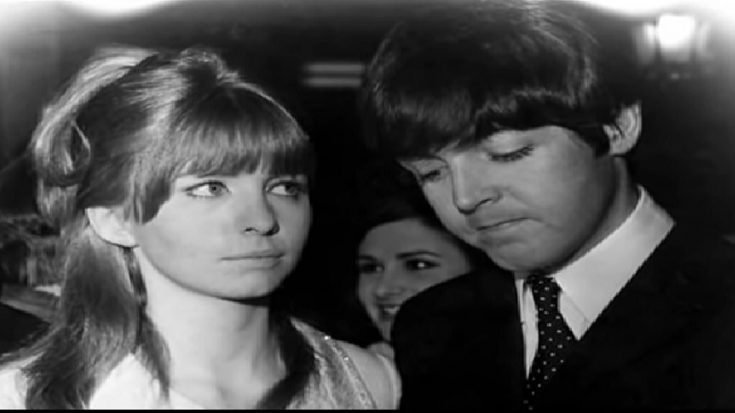 If there’s a woman who’s behind the several classic songs of The Beatles, that title would be wholly given to Paul McCartney’s ex-girlfriend, Jane Asher.

Lennon had also written some songs about Yoko Ono in the group, and who could forget the best love song of all time, “Something,” by George Harrison about Pattie Boyd? Still, when it comes to crafting chart-topping love tunes, McCartney and Asher remain on top of the pyramid.

When Asher, an established actress at age 17, was dispatched to cover a Beatles concert at the Royal Albert Hall for the British magazine Radio Times in 1963, she ran into the young band. By that time, McCartney had fallen for Asher’s beauty and was actively courting her. “I Want to Hold Your Hand” was said to be the first song written by Paul for her. Moreover, there’s also the fact that McCartney wrote several songs about the ups and downs of his relationship with Asher, including “Here, There, and Everywhere,” “You Won’t See Me,” “We Can Work It Out,” “And I Love Her,” and “All My Loving.”

After dating for three years, Asher and McCartney finally settled down in a home in London. They got engaged on Christmas Day, 1967, and Asher went to India with them in February of that year to see Maharishi Mahesh Yogi, the spiritual guru who created the Transcendental Meditation technique.

The couple’s dynamic, sadly, was anything from tranquil. Asher was noticeably absent from the July 1968 Yellow Submarine premiere; Asher broke the news to the world that her engagement to McCartney was over during an appearance on a BBC chat show three days later. Nevertheless, she served to be Paul McCartney’s favorite inspiration, as well as one of rock’s most prominent muses.