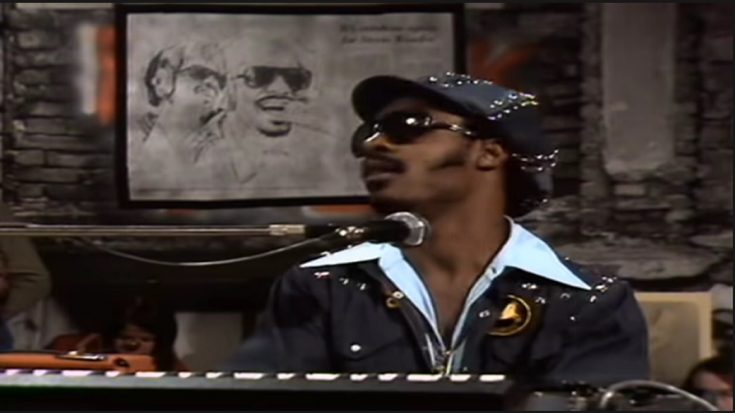 There’s no force in music that is comparable to the greatness of Stevie Wonder. Different artists in the fields of rhythm and blues, pop, soul, gospel, funk, and jazz all point to Stevie Wonder as an inspiration and trailblazer. Wonder, who was a one-man band in his own right, revolutionized R&B in the 1970s with his innovative usage of synthesizers and other electronic instruments. He was instrumental in bringing the genre into the album age, with albums that were both stylistically and thematically consistent, while also making bold, socially aware statements. In the video presented below, watch Stevie Wonder and his group of fantastic musicians inside the German Music Show Beat-Workshop in 1974.

Westerners have a knack for music shows back when they were still popular; it became an outlet for hundreds of artists to promote their material, as well as to showcase their talents on television. The short-lived Beat-Workshop wasn’t as much power as those of The Beat Club or Rockpalast but became a medium for artists such as Stevie Wonder to shine on.

The festive performance of Wonder’s hit “Superstition” made the whole stage filled with a cheerful atmosphere. Albeit the meaning of the song relies on superstitions and its negative effects, it’s hard to resist the grooving rhythm of funk that only Stevie could bring. Additionally, Wonder is the real superstar in this, but the instrumentalists, specifically the drummer, could stand a chance in the spotlight.