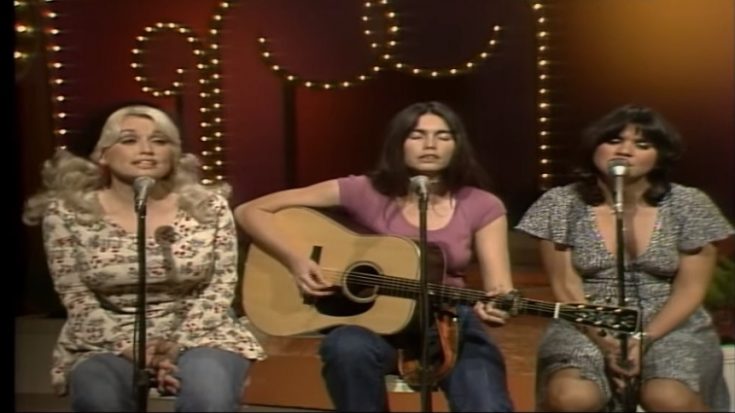 The iconic trio of Dolly Parton, Linda Ronstadt, and Emmylou Harris will forever remain in the history of music as “the best”. But what makes them so great does not merely rely on their musical talents alone, but how well they deliver their chemistry on stage, and how great they are at singing their harmony at once.

The first moment that we saw the trio was during Parton’s variety show called Dolly! The blond singer asked Ronstadt and Harris, apparently as a favor to guest in her show. The trio is friends from the beginning, thus can explain their chemistry filled with fanciful camaraderie.

Ronstadt at this point had just finished covering a version to a J.B. Coats’ song named “The Sweetest Gift” alongside Harris as her backing vocals. But for the show, they included the sweet voice of the host which made it a hundred times better to hear. Just seeing and listening to their angelic voices that blended oh so perfectly makes you feel like you’re in heaven’s touch.

Watch and be amazed by the trio’s performance here.