The First 10 ZZ Top Songs To Introduce To Someone 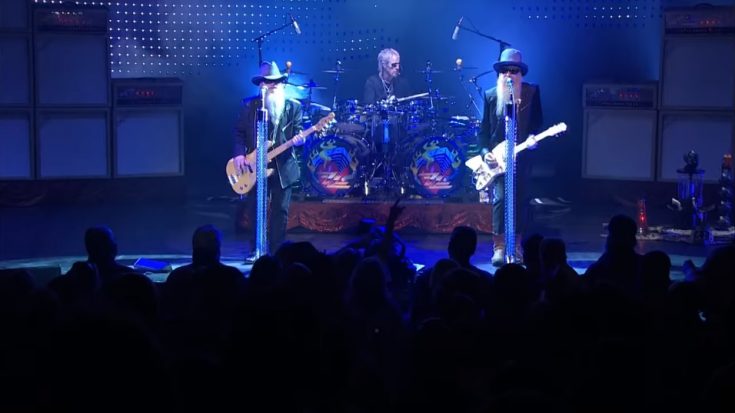 The iconic southern blues-rock triumvirate ZZ Top has long been considered a huge contributor to the genre’s proliferation, with few contemporaries that even come close to their level of musicianship. Comprised of vocalist/guitarist Billy Gibbons, bassist/vocals Dusty Hill, – with both sporting the iconic beards that became the sigil of the band – and drummer Frank Beard (who ironically, is the only one to sport little to no facial hair), ZZ Top became known as the Texan roots act with a dab of humor and a genuine sound which was a breath of fresh air in the rock scene.

If you’re looking to introduce this legendary trio to your friends and family, check out our recommended picks below!

The groove of this track is unmistakable, with that slight distorted guitar sound that’s just perfectly set for that grit. A consistent bass line drives the incoming instrumental jam with finesse, a hint of that rugged bite just to accentuate ZZ Top’s signature tone.

One of ZZ Top’s slower tracks, yet effectively pounds emotions through the listener. A drumbeat like clockwork guides the sultry solo, along with suggestive bass notes for an obvious nod to the style of the iconic Jimi Hendrix.

With a delay effect of the main chords of the intro, which recurs through the verses, makes for a robust progression with a definitive pace. Faded vocal parts offer a countermelody for the main riff, a complementing blend of sounds, accented by bodied guitar riffs that make it the perfect addition to your cross-country playlist.

Another usage of their trademark sound, the steady bassline allows the guitar to do alternate voicing and flair, while the memorable first line from the chorus is a fresh take on the style, a bare utterance succeeded by a gritty jam.

A cover of a Sam & Dave original, the ZZ Top version stayed faithful to the source material, preserving the soul of the original track, while tastefully implementing their own groove and subtle rock spirit into it. A relaxing jam concludes the song as it fades into silence.

This one-two punch combo is a beautiful delegation of a sumptuous soul inspiration, with thrifty progressions that only do enough to suppress the two’s charm. A wild jam concludes in the middle, before transitioning into a slower, muddier style that brings out the body of the combination.

The iconic muscle car music video with smoking hot ladies doesn’t hide the head-bopping tempo and harmonics implemented in the track. A bright, major key usage is a fresh take on the grit and heavy progressions of other tracks, and of course, who doesn’t love that hazy jam in the middle.

The groovy rocker talks about dressing to impress with circular riffs, husky vocals, and a tempo that’s sure to ignite the dance fuel. One of the staples in their live stuff, the two bearded legends always come up with bizarre costumes and choreography that’s odd yet hypnotic.

The only single in the 1975 album, “Tush” is another trademark of ZZ Top’s ambiguous and innuendo-laden lyrics. A fun rocker with a simple verse progression that eventually erupts into a groovy solo, this song about buttocks and extravagance is a sure classic in the catalog.

Definitely the ZZ Top song(see what we did there), “La Grange” pays homage to a well-known Texan whorehouse that mixes that lazy murmur with a tasty hmm hmm hmm, driven by a traditional blues and boogie progression. A solo that uses redundant note strikes leads to a breakdown that eventually gets back on the verse melody’s pattern. Nothing but a good ole’ rustic rocker hidden in a simple package to complete your daily rock fix.