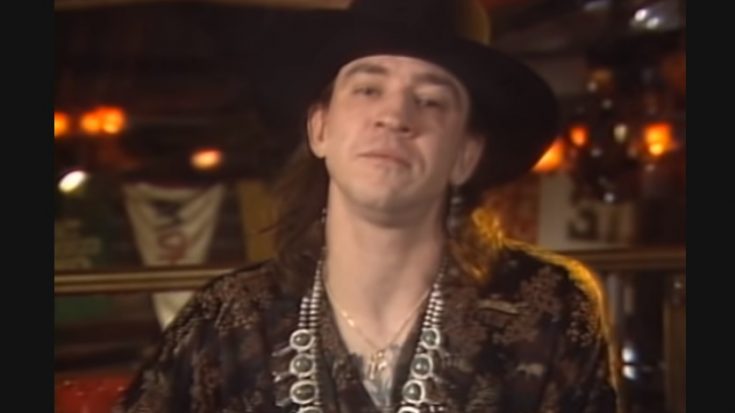 American musician and singer-songwriter Stevie Ray Vaughan is heavily regarded as one of the best guitarists to ever grace rock music. With a brief stint on the limelight, SRV has left behind a legacy which succeeding musicians would keep or emulate, in honor of the music and contributions of the man. Stevie Ray Vaughan rejuvenated the blues rock genre with his own signature style, and did so without ridiculous stage antics, hair and makeup, relying on passion and connection with the music. Indeed, the world lost a gem with his tragic passing, and has been missed ever since. Let us celebrate Stevie Ray Vaughan’s life with his most memorable solos.

From Stevie Ray Vaughan’s final studio album, the first solo of “Tightrope” beckons his ability to capture emotions with the absence of notes. It’s SRV’s sense of timing in the gaps of the solo that summons greater emotion with each suspenseful silence. The repeating progression also adds to the charm, making for a brooding and driving progression that fits the track well.

SRV’s own version of the Hendrix classic is a loyal rendition to the original, yet with a contrasting difference that is notable to the trained ear. While Hendrix’s solo is often a rage of notes and distortion, channeling energy through his amps, SRV’s own is laced with his trademark precision, a certain hit rate that fits in that window of timing, even if the section demands powerful progressions.

Arguably one of Stevie Ray Vaughan’s more average tracks, but the solo in this one is just magical. SRV’s professionalism shines in this one, because in the midst of the driven solo, a string snaps off the guitar. SRV doesn’t flinch and continues to play the solo, and only switches the guitar after the section. It’s so seamless one wouldn’t know unless the listener watched the footage.

This live version of “Texas Flood” has a fresh take on the intro solo, with its original intensity from the album  version, but as it is about to conclude by singing the verse, SRV hesitated for a moment as he leaned into the mic. He decided to forgo the vocals by extending the solo in an emotional whirlwind, showing his trademark fire and passion while keeping it within the bounds of his technical precision.

Inspired by his wife Lenny, the song became one of SRV’s most famous and demanded in his career. It all started when he spotted a Fender Strat in a pawnshop that sold for $350. SRV badly wanted the guitar, but couldn’t afford the asking price. Wanting to provide, Lenny gathered SRV’s friends for to raise enough money for the instrument, and gave it as a gift for his birthday. Being grateful for the thoughtful present, SRV stayed up all night to write “Lenny”. The song became one of SRV’s most gentle tracks, but still exuding a relevant emotion that shows through his versatility.