The Biggest Selling Tour Ever 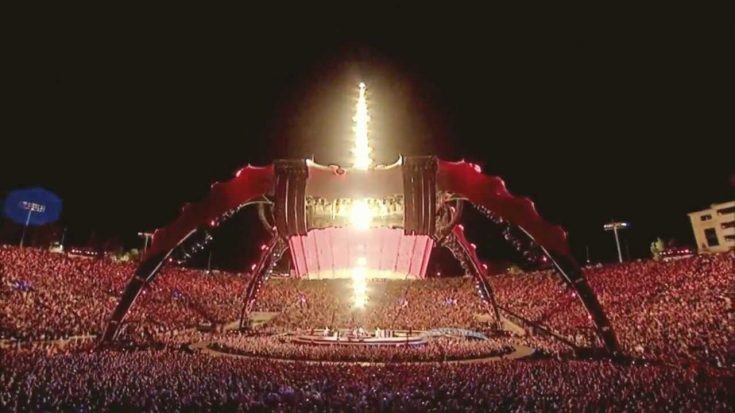 Apart from selling albums, rock musicians relied on playing live events to make a living. They feasted on the thrill of performing for adoring fans and established their legacy by performing live. U2’s landmark tour is being revisited as we look back on the highest-grossing tour of all time.

U2’s tour, the U2 360, which ran from 2009 to 2011, earned an unprecedented $736 million in net revenue, ranking it first among tours when adjusted for inflation. Adding in inflation brings that total to $887 million, a staggering sum that just barely puts them ahead of Ed Sheeran, whose enormous 255-date tour from 2017-2019 would have earned him $822 million.

The shows drew in excess of seven million viewers, many of whom flocked to large venues like Barcelona’s Nou Camp. Throughout the span of the world tour, they played to an average of almost 66,000 people per night. Since they were playing such massive arenas, they were able to set ticket prices on a sliding scale to accommodate fans of varying financial means. U.S. ticket prices ranged from $30 to $55, with premium packages going for $90 and $250 (not counting in the inflation which could make the prices go up high).

There was a massive spider-like structure, and no cost was wasted in creating the shows. In order to create a more personal atmosphere, this colossal cyborg of LED panels was built to be far larger than the stadiums. It had its own issues, of course; moving it from place to place required 120 trucks, and required at least 300 people in the crew. It was said that the tour’s running costs were allegedly around $750,000 every day, making it seem that the tour wasn’t much of a huge moneymaker in the end.

Still, what mattered was how willing U2 was to provide an excellent performance every night. The title may be worthy to brag about, but in the end, it was how the artist touched the hearts of every single person who watch them showcase their talents live.