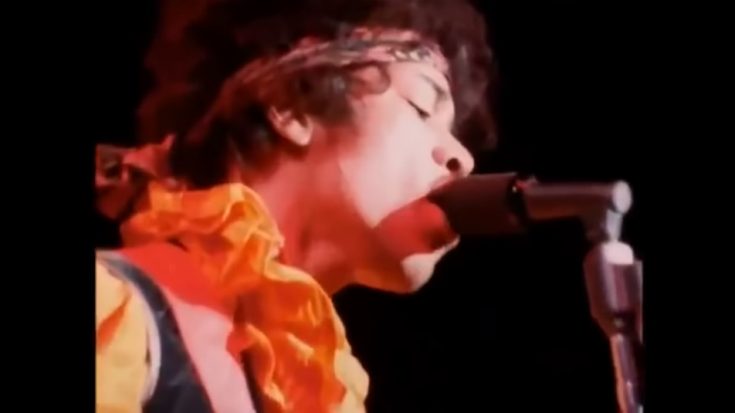 One of the most debated tracks in rock history is “Hey Joe”, with multiple claims of authorship throughout the years. The story of a man finding himself in the middle of a crime of passion, has been performed by multiple artists, but the most notable of them all is the Jimi Hendrix Experience’s version recorded in 1966.

Hendrix, who is known for his pioneering style and sound, brought the track to another level. With the right amount of overdrive and gain, thumping bass lines, and a fleeting drum progression, Hendrix’s take on “Hey Joe” was transcendental, if not trailblazing. And while the studio recording was scathing enough, Hendrix takes it to another level in a live performance, in the Monterey Pop Festival of 1967, to be exact.

Jimi, with his frilled shirt and matching vest, struts with his reverse Stratocaster while casually chewing gum, starting the song with such gusto and swagger, fit for the rockstar that he is. The sound on his setup was immaculate as well, highlighting his accents on the guitar, especially on the solos.

Click on the video below for what is considered as the best live performance of “Hey Joe”.