Tears In Heaven Sounds Heavenly As A Bass Arrangement 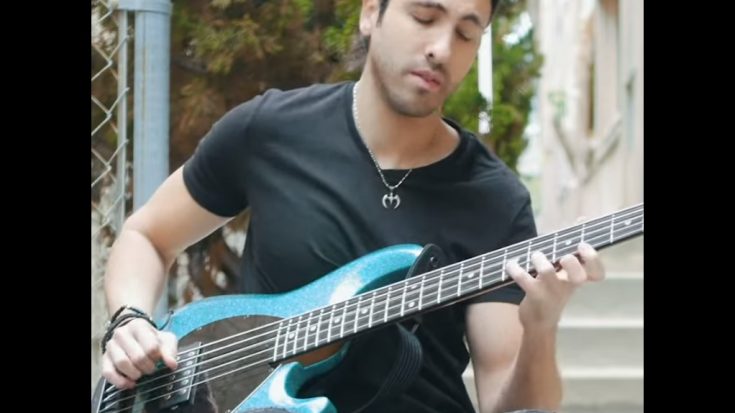 Eric Clapton is the undisputed ambassador of blues rock guitar, and while a fair share of his work were on the heavier side, Clapton’s artistry provided him with a magical touch for mellower tracks. One such track is 1992’s “Tears In Heaven”, dedicated to his 4-year old son Conor, who died a tragic death, falling from a 53rd floor window of an apartment in New York City. Adding to this were the deaths of two of his roadies, and dear friend Stevie Ray Vaughan from a helicopter accident in 1990.

Clapton dealt with the matter in isolation, turning to music for healing and restoration. He penned the song with Will Jennings, and shared his thoughts on the composition of the track. “There is a song that I’ve written for a movie, but in actual fact it was in the back of my head but it didn’t really have a reason for being until I was scoring this movie which I did a little while ago and then it sort of had a reason to be. And it is a little ambiguous because it could be taken to be about Conor but it also is meant to be part of the film.”

Clapton admitted, “I almost subconsciously used music for myself as a healing agent, and lo and behold, it worked… I have got a great deal of happiness and a great deal of healing from music.” The track is known for its serene emotion, with a hint of melancholy brought on by the profound guitar progression and the personal lyrics involved.

Here is a variation of the quintessential track, but played on bass. Click on the video below and enjoy the unique take on the classic “Tears In Heaven”.

Posted by Marcelo Feldman – The Bass Wizard on Tuesday, June 4, 2019