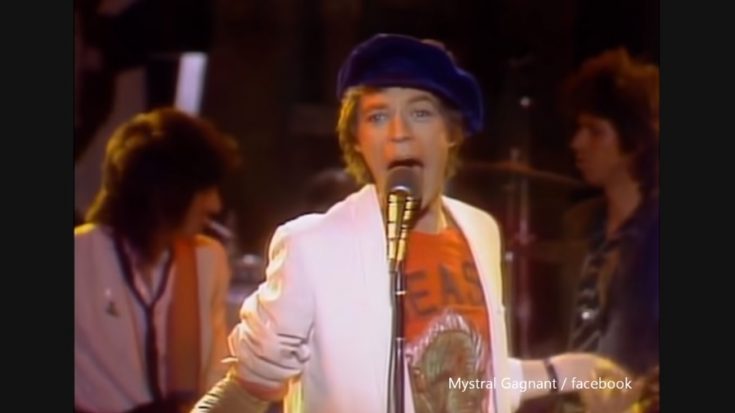 Iconic American TV show Saturday Night Live has been a melting pot of artistic creations for the past 40 years. While it’s mostly known for prevalent comic sketches and satirical news, SNL has also featured musical acts on the show, some of them the biggest artists of their era. Whether it be promotions for new albums and singles, or band news and collaborations, SNL has seen it all. Here are some of the most memorable rock performances on the live TV show.

SNL and its audience got to experience a heartwarming reunion between the two artists since their breakup in 1970. Performing songs like “Scarborough Fair” and “The Boxer”, even going as much for some joyful banter before beginning, with Paul Simon saying, “So, you’ve come crawling back.”

The rock diva in the making made his first appearance on SNL with just three albums under his belt. Prince performed “Partyup” that night, with a memorable line of  “Down with war, party up!” before commencing his funky performance.

The Stones were extravagant enough to be both musical guests and hosts of their first-ever SNL appearance. While the two sketches by the boys were funny enough, their numbers with “Beast of Burden”, “Shattered”, and “Respectable” charmed the audiences with their signature rocker swag and musicianship.

Even with a strained throat due to an argument with his lover the night before, Queen and Freddie Mercury shined with their performances of “Crazy Little Thing Called Love” and the “hated” track by the band, “Under Pressure”. While their number was a success, the guesting proved to be the last performance by Freddie on American soil.

With the hype Wayne’s World got for rock fans around the world, Wayne Campbell and Garth Algar had to have the bad boys from Boston with them on a Wayne’s World sketch. Aerosmith performed the movie’s theme song, and also their own rendition of “Janie’s Got a Gun” and “Monkey on My Back”.

Icon Neil Young Heralded his comeback with his performance at SNL. Things haven’t fared well for the singer-songwriter in his experimental years, and was glad he took the chance to do a guesting. He even says he did some physical fitness routines the night before, delivering an electric performance fit for the rocker legend that he is.

David Bowie didn’t disappoint when he did live performances, and SNL wasn’t an exception. Backing singers dressed like aliens, with Bowie himself in a button-up dress, he dished out his own renditions of hits like “TVC15” and “Boys Keep Swinging.”  Audience impact: over 9000.

While Petty has had multiple SNL appearances over the years, nothing prepared the audience for their 1994 comeback. With the recent firing of their drummer for the Heartbreakers, Petty reached out to the young Dave Grohl, whose wounds were fresh from the passing of Kurt Cobain. Grohl agreed, dishing out a rock performance for the ages with songs like “You Don’t Know How It Feels” and “Honey Bee.” Grohl was invited by Petty for a permanent position with the band, but he politely declined because of his own project, the Foo Fighters.

Finally getting their long-overdue SNL guesting, The Grateful Dead wowed the crowd with their performances of “Casey Jones,” which was followed by an energizing medley of  “I Need A Miracle” and “Good Lovin’,” which were unreleased until a week after their SNL performance.

The movie’s success was preceded by the parody metal band’s appearance on SNL, performing songs like “Christmas With the Devil” and “Big Bottom” satisfactorily. Also, after acting on a sketch, SNL’s director invited Spinal Tap to become part of the cast. Christopher Guest and Harry Shearer stuck for a season, while McKean joined the show 10 years later.