The Beatles perform ‘Nowhere Man’ back in 1965 – Watch 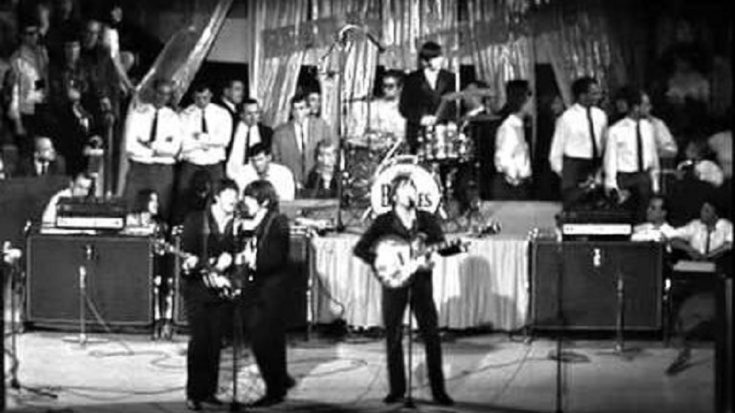 The power of songwriting by the Beatles was evident in the formative years they’ve spent as a group. They were inclined to write songs about girls and love before since they were encouraged to be the guys who loved to please others. But, when Rubber Soul was released, everything was game-changing for them.

Gone were the days where they listened to whatever the others wanted to hear, and instead, they used their talents to create something reflective amongst themselves. That’s exactly what happened when John Lennon wrote “Nowhere Man.”

“I’d spent five hours that morning trying to write a song that was meaningful and good, and I finally gave up and lay down. Then ‘Nowhere Man’ came, words and music, the whole damn thing as I lay down,” Lennon said on an interview from Playboy Magazine.

It was the first Beatles song to be entirely unrelated to love, and the start of Lennon’s philosophical approach to his songwriting. In the clip presented below coming from the Beatles’ Anthology promotional tool, the remaining three members (Paul McCartney, George Harrison, and Ringo Starr) reflected on the ups and downs of being on the road.

George opened up why the band neglected to perform live concerts after 1966. “In those days, there was no technology,” he expressed. He explained how hard it is to capture the tricks if they were on the live stage since it’ll be hard to reproduce sounds with the aid of recording tricks.

The video then shifted to a lively discussion of the members about the hardships of touring. McCartney told them: “The hard stuff was the complicated harmonies. It was hard to do them live on stage, like, for instance, ‘Nowhere Man.’ That kinda thing.” As the discussion progressed, the video transitioned on a 1965 clip of the Beatles performing on-stage, clearly showing the evident reasons why the group decided to move on from playing live shows from then on.