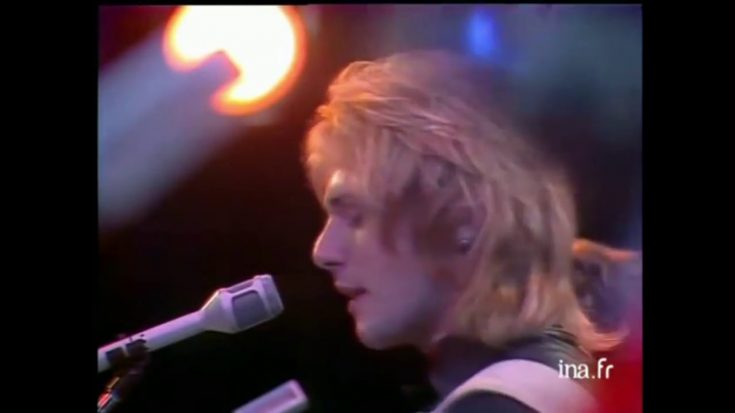 The late Ric Ocasek gave so much influence in the world of music. As the co-founder of the American rock group named The Cars, they sit at the forefront of the merging 70s guitar-oriented rock and the warming style of synthesizer pop that would eventually become a hit in the 80s.

Their debut LP who shares the name of the group charted at no. 18 in Billboard 200, which was a pretty good level considering the group is beginners in the world of album releases.  The singles released from the album all charted respectively in the Billboard 100 which gave them a significant push, yet somehow, even their non-single ones like “Bye, Bye Love” received so much airplay that it became one of the band’s classics.

Written by Ocasek with Benjamin Orr on lead vocals, the song explores the singer’s insanity about their previous relationship, and he blames the girl for it. In this performance below, explore how amazing the synths are, as well as the overall orchestration of the song!