The Badfinger Song That Messed Up The Band 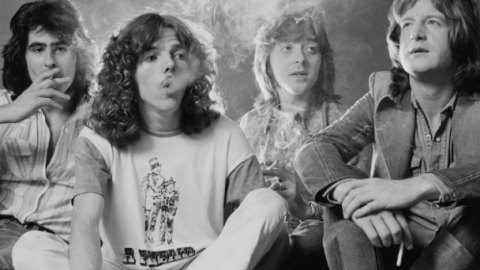 A Bad End for Badfinger

The timeless heartwrenching rock ballad “Without You” was originally recorded by rock band Badfinger. The popular song was written and composed by two of Badfinger’s prominent members Pete Ham and Tom Evans. Ham originally wrote the song with the title “If It’s Love”. The iconic lyrics were actually influenced by Evans’ relationship with his future wife Marianne that he said “I can’t live without her.” Ham and Evans said they did not consider the song to have much potential at the time Badfinger recorded it.

The song has been recorded by over 180 artists including Harry Nilsson and Mariah Carey. In 1972,  Ham and Evans received the British Academy’s Ivor Novello Award for Best Song Musically and Lyrically. However, despite the accolades, the song is actually a root of the turmoil that ensued between the band members and their record label and manager.

In 1968, Badfinger signed to the Beatles’ Apple Records and they had a handful of chart-topping hits from 1970-1971. “Without You,” was described by Paul McCartney as “the killer song of all time”.

For all of the greatness of the song, the band suffered a doomed fate after the collapse of Apple Records and various financial issues. Because of the financial struggles, Ham hung himself in 1975, just a few days shy of his 28th birthday, thus making him part of the eerie and infamous 27 Death Club. He died leaving a note castigating the band’s manager.

Evans, on the other hand, had massive disputes over songwriting royalties for “Without You”, constantly arguing with his Badfinger bandmate Joey Molland. Songwriting royalties had become the subject of constant legal wrangling for Evans and Molland until he couldn’t handle it anymore, and in 1983, Evans hanged himself

With two members of the band committing suicide within a span of 8 years, Badfinger also met its tragic demise.