A Familiar Face Is Inducting Stevie Nicks Into The Rock Hall, But Not Who You’d Expect 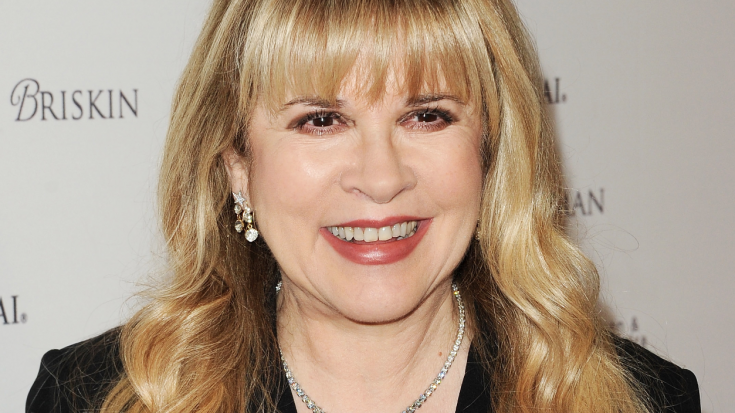 With only days to go until Stevie Nicks becomes the first woman to be inducted into the Rock and Roll Hall of Fame twice, we finally know who’s going to be inducting her – and it’s someone we never would have expected.

Given her lengthy history in the music industry, it’s worth assuming that someone like Christine McVie, Don Henley or Joe Walsh would be doing the honors at this month’s Rock and Roll Hall of Fame Induction Ceremony – after all, they’ve been there since the earliest days of Stevie’s career and we can’t think of anyone better suited to mark this special occasion in her life.

Then again, Stevie’s surrounded herself with an army of strong female singer-songwriters over the years, taking a particular shine to the ladies of Haim. So why not choose one of the women slated to follow in her footsteps to do the honor?

Surprisingly, it’s none of those options.

This year, Stevie Nicks will be inducted into the Rock and Roll Hall of Fame by her good friend and sometimes duet partner Harry Styles, formerly of One Direction.

At first glance, it’s a surprising choice; he’s a 20-something year old young man who spent most of his formative years in one of the biggest singing groups on the planet, and his music – both as a solo artist and with 1D – is about as close to Stevie Nicks’ music as chocolate ice cream is to a Waldorf salad.

But when you really think about it, it makes perfect sense. Harry, 25, is a huge Fleetwood Mac fan and over the years has been spotted hanging out with Stevie, even performing hits like “Leather and Lace” and “Landslide” with her onstage. In fact, if you’re at a Fleetwood Mac show, it’s not completely outside the realm of possibility that Harry Styles will be there in the wings, supporting his friend and mentor (so be on the lookout!).

Harry and Stevie first made headlines in 2017 when they joined forces for a duet that most classic rock fans would never have anticipated in a million years and for whatever reason, it worked – and it worked well. The then 23-year-old Styles hit the stage with Stevie for a surprise performance at L.A.’s Troubadour, dazzling the audience with a duet of Nicks’ own “Landslide” and Styles’ “Two Ghosts” from his recently released debut solo album, but the real treat came when these two teamed up for a very special take on “Leather and Lace.”

Originally recorded by Nicks with ex-flame, Eagles’ Don Henley in 1980 for Nicks’ debut solo album Bella Donna, “Leather and Lace” was introduced to a brand new generation Saturday night – a generation that might know a love song or two, but none like the magic that sprang from the mind and heart of Stevie Nicks at the height of some of her most iconic romances.

If 23-year-old Styles looks a little shellshocked at some points in the performance, don’t worry – your eyes aren’t deceiving you in the slightest! Styles, formerly of hit boy band One Direction, has long cited Nicks and her songwriting as a major inspiration; no doubt the opportunity to share the stage and one of her most iconic songs to date proved to be a little overwhelming for Styles.

Two years on, Harry is quite seasoned when it comes to working with Stevie and we can’t wait to hear what he’s got to say about rock and roll’s fairy godmother later this month at the Rock and Roll Hall of Fame Induction Ceremony!