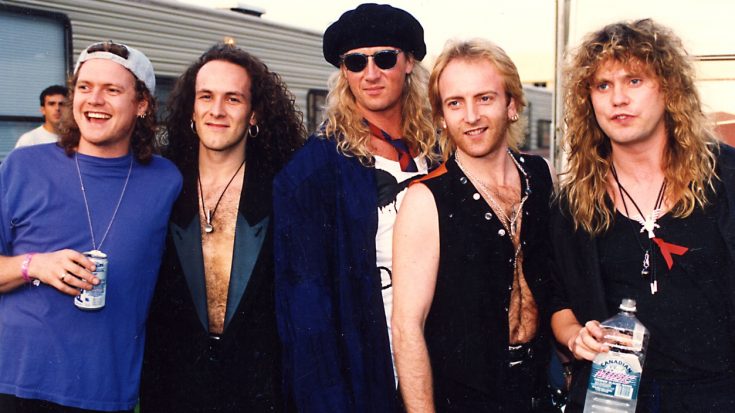 Def Leppard, after years of eligibility, are finally going to be inducted into the Rock & Roll Hall Of Fame, and to make things even better, they’re going to be headlining this year’s class which also includes Stevie Nicks, The Cure, Roxy Music, Radiohead, The Zombies, and Janet Jackson. Needless to say that this year’s class is a sure winner and all bands/artists are more than deserving of being inducted.

That’s right! Brian May of Queen is officially gong to be inducting Def Leppard into the Rock & Roll Hall Of Fame come March 29. This is a fitting choice as Brian and Def Leppard have been friends for years. Guitarist Vivian Campbell hinted at this just a month back describing the would-be inductor as “a guitar player” who is “very smart”.

It goes without saying that Def Leppard being inducted by a rock legend such as Brian is the perfect way to honor the band.

Are you folks excited to see the Rock & Roll Hall Of Fame Induction Ceremony? Do you agree that Def Leppard and all of the other inductees are deserving of this honor?

Let us know your thoughts in the comments!