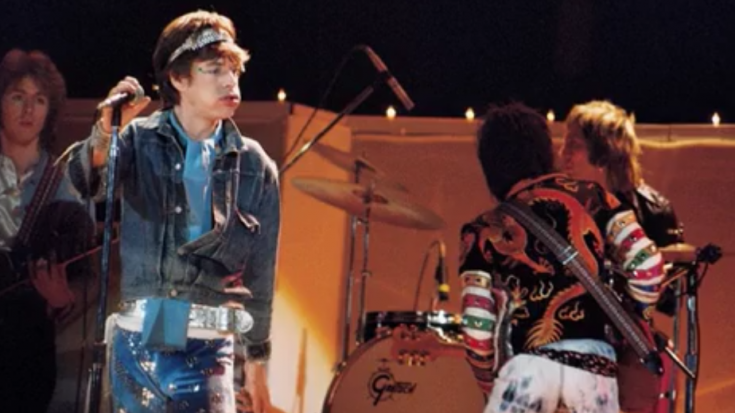 The Rolling Stones live in 1973 - Emporer of Oldies / Youtube

The ’70s were known to be the golden ages of rock music, so it’s safe to say that the decade was quite an eventful one. Narrowing down the perspective to a single year, 1973, one can find some of the most interesting events or milestones in rock and roll history. Here are some memorable moments in this eventful year for rock music, curated in this list of five.

The Rolling Stones succeed in the benefit concert efforts for Nicaraguan the earthquake victims, raising over $350,000. An earthquake rocked and destroyed Managua, Nicaragua’s capital, on December 22, 1972.

Pink Floyd released one of history’s bestselling albums of all time, The Dark Side of The Moon. The record debuted on the Billboard 200 on March 17, hitting first place on April 28, and bags the all-time record of 741 weeks on the charts.

Led Zeppelin starts a US tour where they set the record for the highest concert attendance at Tampa Stadium in Florida. 56,800 people were in attendance for the said show, breaking the record of The Beatles. It was also in this tour that footage from The Song Remains The Same was captured from.

Queen releases their self-titled debut album, gaining the acclaim of critics who laid their work against Led Zeppelin’s. The said album was influenced by heavy metal and progressive rock, with the band providing a fresh perspective for the already-established genres.

In the supporting tour for one of their most successful albums, Quadrophenia, The Who opens it with a show at San Francisco’s Cow Palace. However, Keith Moon passes out in the middle of performing and had to be carried offstage, prompting Pete Townshend to ask for a volunteer in the crowd to replace Moon – a 19-year-old fan named Scot Halpin. “I really admire their stamina; I only played three numbers, and I was dead!” said Halpin after the show.