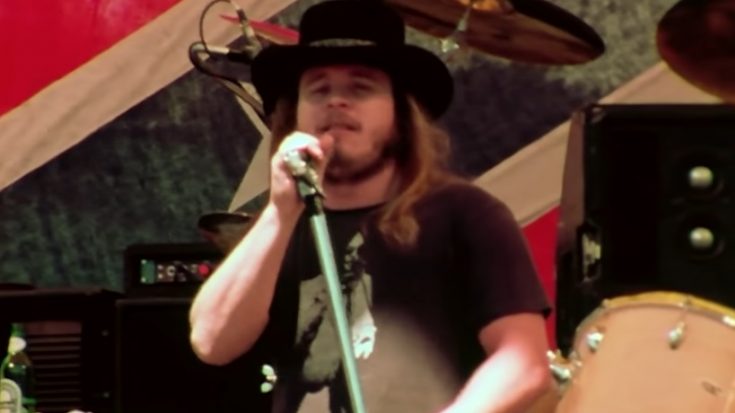 While Florida is notorious for its eccentric stories of locals filling headlines left and right, the state has also contributed much to the development of human culture, particularly music. Jacksonville-based rockers Lynyrd Skynyrd rose to prominence in the mid-’70s, becoming one of the pioneering trailblazers in the Southern rock scene alongside the Allman Brothers Band and the Marshall Tucker Band. With that, here are some of the most historic highlights of Skynyrd’s career, notwithstanding eras.

Inspired by the Original Bad Boys

The Rolling Stones had a Jacksonville stop on their first tour on American soil. Among the audience was 17-year-old Ronnie Van Zant, who was inspired by the Stones to create his own rock and roll band. They started as My Backyard in 1964 before settling on Lynyrd Skynyrd in 1968.

Making a Name for Themselves

By 1970, Lynyrd Skynyrd was already at local celebrity status, sometimes being tapped to open for national acts. They became known in the South for their unique take on the genre, blending blues, country, and rock and roll.

Lineup Changes that resulted in another emergent band

The band’s bassist, Larry Junstrom, was briefly replaced by Greg T. Walker. Rickey Medlocke also joined Skynyrd as a second drummer in addition to Bob Burns. However, the two left the band shortly to make their own group, Blackfoot. Bass duties were relegated to newcomer Leon Wilkeson while band roadie Billy Powell joined the lineup as their keyboardist after Ronnie Van Zant heard his version of “Free Bird”.

Skynyrd was scouted by highly-acclaimed all-around artist Al Kooper after attending one of their shows in Atlanta. Kooper signed the band to the Sounds of the South label and went on to produce their own album. Wilkeson only played on two tracks due to his anxiety regarding fame, leading the band to hire guitarist Ed King to play bass. After Wilkeson’s return, King remained in the band and completed their famous triple-guitar lineup.

Lynyrd Skynyrd (Pronounced ‘Lĕh-‘nérd ‘Skin-‘nérd) was released in 1973 and propelled the band to superstardom, with songs like “Free Bird” and “Simple Man” leading the charge. It went Gold on the RIAA and sold one million copies.

Second Album rides on the momentum

The band’s fan base only grew bigger as a result of their opening slot on The Who’s Quadrophenia tour in the US. The single “Sweet Home Alabama”, part of the Second Helping album and written in response to Neil Young’s “Southern Man”, also gave the band their then-only top 10 cut. Consequently, Skynyrd’s second record went multi-platinum.

While the band was enjoying the peak of their fame, problems began to take their toll on the group. Burns left the band after suffering a mental breakdown during a European tour and was replaced by Artimus Pyle. Also, their third album, Nuthin’ Fancy, didn’t live up to the expectation set by the previous records and led to Kooper parting ways with Skynyrd in a mutual decision. King also left the band after getting into a scuffle with Van Zant, leaving them lacking for their supposed trio of guitars.

Their fourth album, Gimme Back My Bullets, performed dismally and was pointed out due to the missing third guitar in their lineup. Skynyrd held auditions for the position but it was their backup member Cassie Gaines’ brother, Steve, that got the role after some endorsement and several jam sessions. They then recorded the double live album One More from the Road and took part in the Knebworth Festival in Great Britain, which helped the band regain their footing on the scene.

The inspiration for “That Smell”

Allen Collins and Gary Rossington both encountered serious car accidents in 1976, which slowed down Skynyrd’s roadmap in the studio and live shows. Rossington’s accident particularly inspired the Van Zant/Collins song “That Smell”, which served as a stern reminder for the band, especially, Van Zant, to sober up already.

Steve Gaines and his spotlight

The newcomer Steve Gaines proved to be a potent addition to the band with the release of the Street Survivors album. Van Zant was constantly amazed at what he could do, and was given credits for “You Got That Right” while his own creation “I Know A Little”, which he had written prior to him joining Skynyrd, earned a place in the tracklist. Another first for the classic Skynyrd lineup was Gaines doing lead vocal work on his self-penned “Ain’t No Good Life”.

After a show in Greenville, South Carolina on October 20, 1977, Skynyrd boarded a plane bound for Louisiana for a show the next night. It didn’t happen, however, as the plane ran out of fuel mid-flight, forcing pilots to do emergency landing attempts before crashing into a dense forest area. While the other members suffered serious injuries, Van Zant, the Gaines siblings, assistant road manager Dean Kilpatrick, and both pilots were killed upon impact, ending the classic Lynyrd Skynyrd era.

The accident happened just three days after Street Survivors was released. It gained platinum status and reached the 5th place on the US charts, with the single “What’s Your Name” hitting 13th on the singles charts. The album’s original cover sleeve depicted the band in flames, with Steve Gaines being almost completely covered. Out of respect for the deceased, the label replaced the sleeve with the album’s back photo, which was a similar scene but in a black background.

Lynyrd Skynyrd called it quits shortly after the accident, reuniting only once for an instrumental-only “Free Bird” performance at Charlie Daniels’ Volunteer Jam V in January 1979. Daniels’ band joined Collins, Rossington, Powell, and Pyle for the performance.

Some of the remaining members of the former Lynyrd Skynyrd – Rossington, Collins, Wilkeson, and Powell – formed the Rossington Collins Band under the MCA label. The band avoided any comparison with their previous group and chose a woman to front them, Dale Krantz. They would always do a “Free Bird” instrumental as an encore to pay homage to Skynyrd, however. The group released two albums, Anytime, Anyplace, Anywhere in 1980, and This Is The Way in 1981.

Collin’s wife, Kathy, succumbed to hemorrhage while miscarrying their third child. This pushed him to form the Allen Collins band in 1983 from the remaining members of the Rossington Collins band and was able to release one MCA studio record, Here, There & Back. He ran into a vehicle accident in 1986, however, which left him paralyzed from the chest down.

The band returned to the spotlight with the remaining pre-crash members: Gary Rossington, Billy Powell, Leon Wilkeson, and Artimus Pyle, along with Ed King who left the band two years before the crash happened. They also brought in Van Zant’s younger brother, Johnny, as new lead vocalist and primary songwriter. Due to Collins’ paralysis, he was only able to participate as a musical director and had Randall Hall, a member from the Allen Collins band, serve as his stand-in. Collins also had to be wheeled out on stage for every show to explain why he couldn’t perform in exchange for not serving time following his DUI manslaughter charges.

The reunion was intended to be a one-time tribute to the original band, as captured in Southern by the Grace of God: Lynyrd Skynyrd Tribute Tour 1987. The reincarnation wanted to continue performing as Lynyrd Skynyrd, however, which caused legal problems for the survivors, with widows Judy Van Zant and Teresa Gaines Rapp suing them for violating the agreement they made after the accident that stated that no one would exploit the Skynyrd brand for profit.

With things slowly getting settled, the “new” Lynyrd Skynyrd released their first post-reunion album, Lynyrd Skynyrd 1991. The band also added a new drummer, Kurt Custer, into the lineup, while Pyle left the band in the same year. Subsequent albums like The Last Rebel and Endangered Species were sandwiched with lineup changes as well.

Ed King needed to recuperate after heart complications in 1996, replaced by Hughie Thomasson. King wasn’t allowed to rejoin after recovering, however. Rickey Medlocke, who was with Skynyrd in their early days, also rejoined the band and saw the retooling of the guitar arsenal of the band.

Lynyrd Skynyrd released their new lineup’s album in 1997, Twenty, followed by Edge of Forever in 1999. Sessionists filled in for blank positions, while other members continued to be flaked off one by one. Wilkeson died in 2001, while Thomasson in 2007. Billy Powell died in 2009 as well, while Gary Rossington suffered multiple health problems.