Robert Plant Revisits “Shine It All Around” Track In Digging Deep 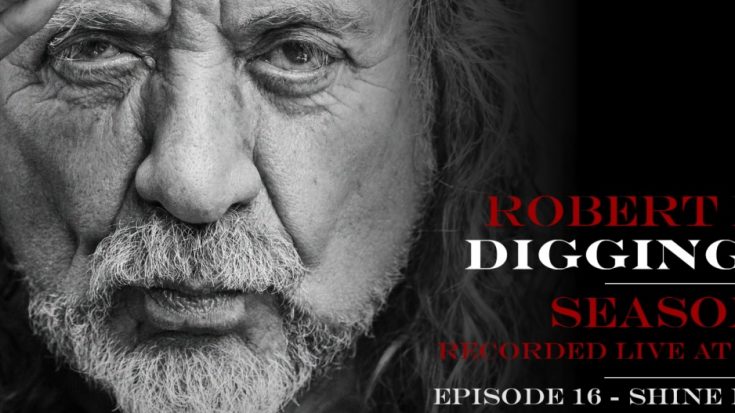 Robert Plant revisits a 2005 track of his, “Shine It All Around”, on the fourth episode of the third season of his podcast series, Digging Deep.

The song is the lead single from his eighth solo studio album, Mighty ReArranger, which hit the Top 5 charts in his native UK while reaching 22nd place on the US Billboard 200.

“As is often the case with Digging Deep, the path we take starts off with the creation of a track, but we also find ourselves discussing what songs Robert wishes he’d written, how he uses his voice as an instrument, the recent performance of Wolverhampton Wanderers, and Willie Nelson’s generous nature when it comes to keeping his fans ‘relaxed’,” said the podcast’s producers.

The third season of Plant’s podcast arrives in time for the October 2 release of his new anthology, “Digging Deep: Subterranea”. It will be a limited-edition 2CD set with 30 songs taken from Plant’s career, including three previously-unheard tracks, “Charlie Patton Highway (Turn It Up – Part 1)”, “Too Much Alike” feat. Patty Griffin, and “Nothing Takes The Place Of You.”