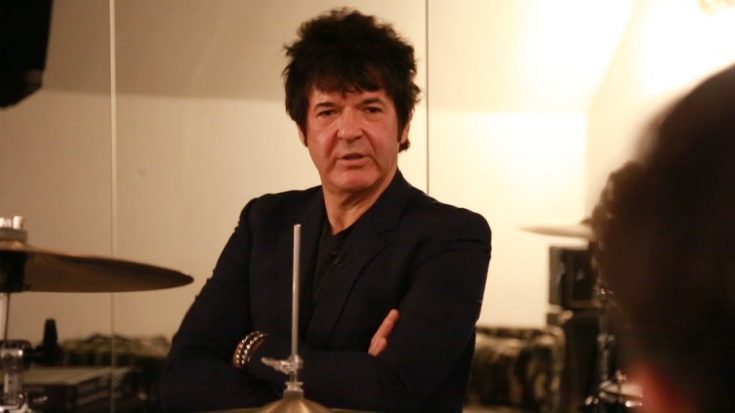 Blondie became one of the new wave’s greatest gems, blitzing the charts with punk and new wave sound effervescences for the world to enjoy. While Blondie is practically dominated by the blond girl Debbie Harry and their leader, Chris Tein, few people could only express how important drummer Clem Burke is to the band’s force.

Burke is an awesome drum player, yet oftentimes, such compliments aren’t given any importance especially if your lead singer is a pretty blond bombshell of a woman. For many years that Blondie soared high, they were untouchable in their music, and part of those is credited to how awesome Burke is to the band’s definitive sound. Below, we’ll introduce you to these 5 tracks to prove the drummer’s magnificent skills.

The song is the mere proof of an attempt of the band to create another “Heart of Glass” hit. But instead of the usual sound, they went with a more complex drive of spaghetti western treatment. It worked just as well as the former, with Burke’s booming beats still as groovy as you’d wish it.

This iconic song appeared in the movie, American Gigolo (1980) and has earned quite a buzz, making it the 2nd no. 1 song from Blondie. Burke’s drumming truly shone the best among the rest here, showing the listeners that Blondie is indeed capable of anything.

Originally performed by a short-lived US west coast band called The Nerves, Blondie made the song reach great levels. It’s among the best-known songs of the band, with Burke’s outrageous driving power of drums.

One of Blondie’s fan favorites is this creepy stalker, masked in a lighthearted song. Harry told in an interview that the song was partly true to her experience, stating that she once dated a boy, and after their break-up, decided to stalk her. Burke’s bouncy beats are playful, which helped the general vibe of the song.

A lot of people pressured the band for their uncool switching to disco-pop, which Blondie truly rejected. This was the song that made them a star, all thanks to their versatility to create songs that aren’t restricted to only one genre. Clem Burke’s syncopated beat is truly magical and essential to the song.