The 12 Greatest Ringo Starr Songs In The Beatles 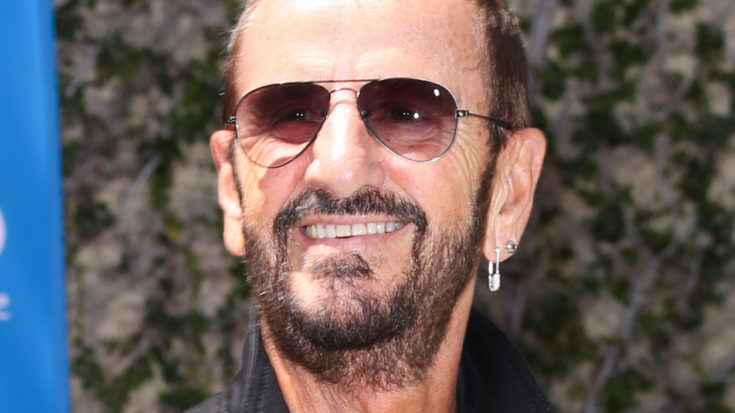 The effect of The Beatles does not only pertain to how well they made their music, but also the drizzling amount of charm they provide as a group was immense. What made the world fall head over heels with them also came from the fact that the Fab Four have different personalities – one for each flavor that you might like. If you like something endearing yet professional, we have Paul McCartney, frank and eloquent John Lennon, serious and shy George Harrison, and a mild-mannered but sometimes funny Ringo Starr. Starr is the glue that binds the quartet together. While the trio was busily making serious music, Starr’s oddball impact to the Beatle songs is the cream to the bitter taste of coffee; he simply makes the album better, albeit his contributions are rather small compared to the others. Let’s take a dive at these 12 Ringo Starr songs from the Beatles and prove to everyone just how marvelous he is outside the drums.

Before the arrival Lennon-McCartney’s signature to The Beatles’ original songs, the band was huge fans of song covers. One of those they did a version with was “Matchbox” by Carl Perkins. Starr’s vocal wasn’t much of a highlight, so it was chucked out from A Hard Day’s Night album.

“Act Naturally” pretty much sums up the career path that Starr would eventually walk on after the break-up of The Beatles. Goofy and hilarious, the song is only meant to be lighthearted and entertaining.

“Did you mean to break my heart and watch me die?” sings Ringo in this twangy track from Rubber Soul. Starr’s country accent while singing is prominent here, almost as if he’s a natural-born country singer.

The fact that “Flying” contained only a few lines and is almost instrumental, Ringo Starr nevertheless slew the rubbish that the band needed for this. And hey, if you need something light yet funny, this one’s a good listen.

John Lennon takes the usual lead vocal for their live cover of another Perkins-written “Honey Don’t,” but it was Starr’s voice that was used for the usual one-Ringo song per album. It’s also amusing to hear Ringo’s remarks on George Harrison to play some gorgeous riffs.

What The Beatles liked most about themselves was the fact that they pretty much didn’t care what the others view about them. When Ringo sang “Boys,” they refused to change the genders, thus making some homosexual undertones noticeable. But who cares?

It was a tumultuous time for The Beatles during their White Album sessions, with each of the members recording their piece of music, instead of the usual collaboration. Among Starr’s first and sole contribution to the album was “Don’t Pass Me By,” another country-driven track of his that became a no. 1 hit in Denmark.

While bubblegum pop became the trademark of the Beatles’ earlier days, they also manage to pull off some hard-hitting rockers during that point. “I Wanna Be Your Man” was written by Lennon-McCartney to be given to their contemporary The Rolling Stones, but they also have their version sung by Ringo.

Fun, delicate, yet could pass on as one of The Beatles’ classics, “With A Little Help from My Friends” the same amount of Ringo-ness to it, but with a well-structured tune and a catchy chorus. No wonder, Sgt. Pepper is the greatest album of all time because even a Ringo song is a fancy one here.

It’s not always that we get to see our favorite drummer show some real feels and with “Good Night,” such is demonstrated. Sweet yet still falls under the narrative of a warm child perspective.

Psychedelic but fun, this children’s song gave Ringo a chance to prove his “fun uncle” personality. Even Paul McCartney, who wrote the tune, couldn’t hear the others sing this one except for the drummer.

There may be a lot of “Ringo songs” in the band’s catalog, but this perhaps is the ultimate one. The tale of a serene haven for you to enjoy, Ringo just loved the idea that he wrote a song about it.