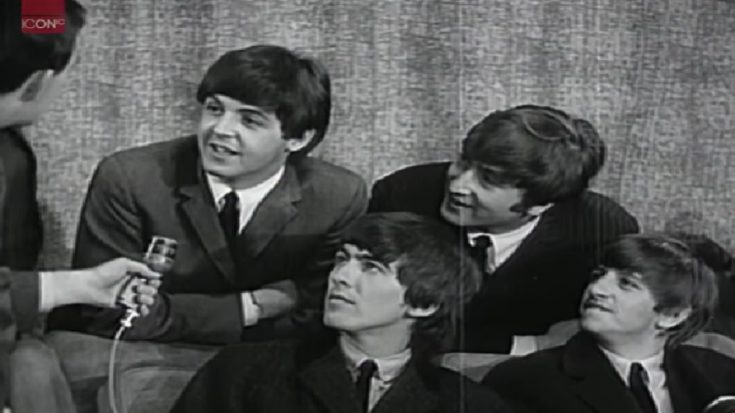 The Beatles were sort of experts in handling interviews and making it more fun. The video shown below proves how easygoing and fun the Fab Four were during the height of the Beatlemania, especially with their arrival in the US.

Sporting matching looks and the same expression of jubilant glee, the boys were interviewed after their arrival back in England from their iconic US tour. In the press room filled with lights and cameras pointing at them, the boys, who looked equally tired yet eager to tell everything the events of their adventures, settled on a couch, with Paul McCartney and John Lennon standing up behind George Harrison and Ringo Starr.

The journalist asked them a bunch of questions, specifically on what they could tell about the US, whose culture is quite different from the British. They talked about the random things they did there such as going to Miami, borrowing mansions from millionaires, water skiing, and many more. A funny moment even happened when the reporter accidentally asked John if his wife loved it there; Lennon and even Starr panicked and the latter politely asked him to keep the secret about the marriage, which they laughed.

Changing the topic, the reporter asked Paul if there are similarities between the American fans and the British fans, to which Paul said yes. “We expected them to be different, but they weren’t at all. The accent was the only thing that’s the difference,” he responded. They also talked about the songs they sang on their performances, the rumor that all four of them would be “millionaires” at the end of the year (which they all laughed about), and a random question about the highly-anticipated fight between Cassius Clay and Sonny Liston in the world of boxing. The interview is a mere indication of the good ol’ days of The Beatles – how young, innocent, and carefree they were back in those times.