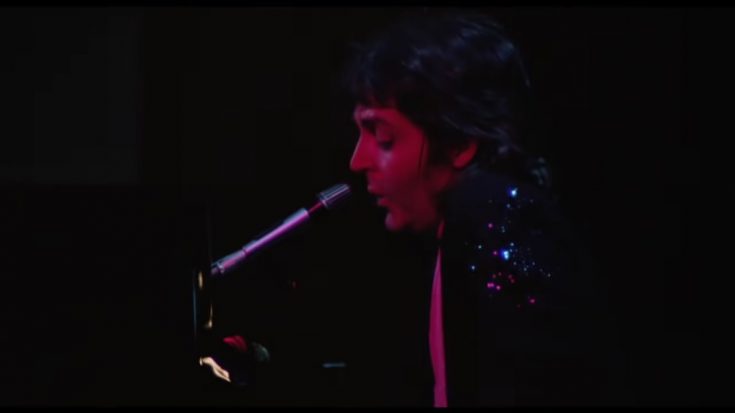 If there’s one inspiration for music that never goes out of style, it’s love. While the genre of rock revolved around the stereotype of lustful lyrics and party-rocking riffs, there are still several of them who seem to hit the jackpot of expressing thoroughly their desires of affection to another person through the wonders of making songs. With that in mind, let’s take a look at these 15 Rock n’ Roll songs about love that is timeless in their charm and appeal.

The White Stripes – “Fell in Love With A Girl”

The White Stripes came in full force to save the world from neglecting rock when it started to fade away. “Fell in Love With a Girl” is among their standard hits with love in it.

After their bombastic debut album, Led Zeppelin would go and create another fierce record to mark their superiority as a band. For “Whole Lotta Love,” sexual freedom became the revolving message, and so it became the anthem of making love to some.

Paul McCartney often uses the women in his life as an inspiration for making songs. With “Maybe I’m Amazed,” he dedicated this to his wife, Linda McCartney, who was the constant person in his life to love him despite the rocky situation he experienced after the Beatles split.

Radiohead isn’t the first band to think of when we talk about love songs, but they are certainly right about making their earnest ballad “House of Cards.”

It’s a rarity to find a good love song under the genre of rock in modern times. Lucky for us, Yeah Yeah Yeahs’ “Maps” gave us that; with its passionate lyrics and a touching arrangement.

One of the highlights from Fleetwood Mac’s seminal Rumours album but still far from being called overrated, “You Make Lovin’ Fun” displays Christie McVie in her folk-rock drive to the next level. It’s relatable to everyone – whether you dedicate this song to your lover or your love for a dog.

The Ramones have frequently established a different take on some of the classic ol’ songs and turned them into something equally interesting. For this one, they took time and record a cover of The Ronettes’ “Baby, I Love You,” which was both unique and lovely.

Bob Dylan – “Shelter from the Storm”

Bob Dylan’s creativity in writing love songs is always exceptional, and perhaps “Shelter from the Storm” became one of his treasured classics. It reflects his desire to find a haven amid all the troubles.

Buzzcocks – “Ever Fallen in Love”

Punk rock group Buzzcocks surely got a dose of affection in their veins when they recorded “Ever Fallen in Love,” a timeless love song. It’s often regarded by many as one of punk’s most beloved hits.

Classic and a sure part of a wedding dancefloor setlist, “There She Goes” by La’s is refreshing and lovely to hear for its gorgeous arrangement. It’s sweet and endearing to listen.

“Wild Horses” is a cut above the rest from all of Rolling Stones’ tracks, largely because it’s the most heartwarming and silkiest song from them. Keith Richards said in an interview that the song had the classic Jagger-Richards partnership, no disagreements whatsoever.

George Harrison – “If Not For You”

Bob Dylan’s impact on George Harrison was more than what’s perceived by the media, and with that same amount of respect, Harrison took a moment and record one of Dylan’s classic gems, “If Not For You.” Gentle and lovely to hear, it’s among the beloved tunes from Harrison’s All Things Must Pass.

David Bowie had a knack for a unique take on his creativity, and with “Heroes,” that has been proved. The song is more than just a mealy love song, it was also a call for unity against those who oppress the weak.

Of course, the list won’t go on without mentioning The Beatles, one of rock’s greatest love songwriters. But among their long catalog of love songs, there stood out the rest: George Harrison’s “Something.” Its ethereal attempts to woo your heart are remarkable.

Widely considered by many as the ultimate love song, “God Only Knows” contained the greatest harmonies you could ever hear in your lifetime. A product of the musical genius Brian Wilson from the band’s seminal album Pet Sounds, it’s the one love song you need to hear before anything.