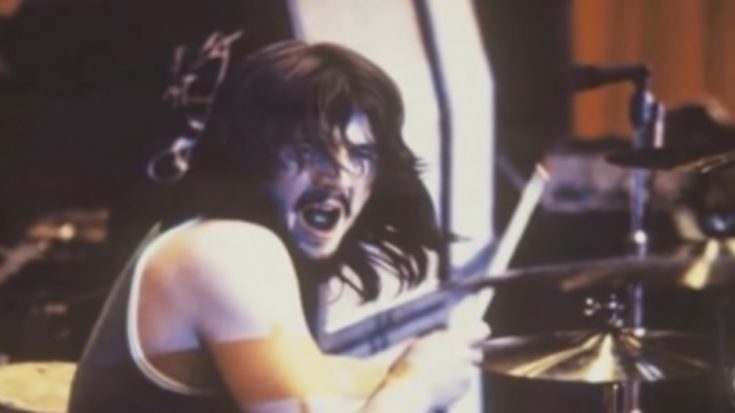 Every fan of rock knows the name of John Bonham, a true legend. Bonham, along with his Led Zeppelin bandmates, embodied the true partying lifestyle of rockstars fueled with booze, drugs, and girls. But when it comes to getting serious, Bonham’s pretty much at it, except when he didn’t feel so. It was long said that along with the band members, Bonham is the most difficult person to talk to about his likes and dislikes. Not only that, his sudden death from alcohol intoxication led the people to be saddened by the reality that we could no longer be invested in any of Bonham’s greatest desires in his life.

But never say never, right? From his past interviews and even from the fellow Zeppelin, we’ve looked through these 5 artists that John Bonham adored the most. Take a look at them.

One of music’s prized gems, Joni Mitchell’s influence travel across the different genres of music, including the hard-rocking Led Zeppelin. Not only did Mitchell influence the drummer, but also the likes of Jimmy Page and Robert Plant.

On a chance meeting with the world’s best drummer back in 1975, Melody Maker writer Chris Welch wrote an article named “John Bonham: Over The Hills And Far Away…” as the journalist detailed the experiences he had as he visited Bonham in his Worcestershire home. Among those the two had discussed was Bonham’s fascination with the newly-released Supertramp’s album Crime of the Century, as it took him to a new level of fondness for country music.

It’s a bit odd for Bonham to try and become acquainted with the likes of Crosby, Stills, Nash & Young, partly because the group’s music, when compared to Led Zeppelin, is on the opposite sides of the spectrum. But that’s not to say that LZ couldn’t pull off folk-rock songs, which can be observed on some of their earlier hits. Perhaps that could be a reason why the drummer idolized them.

A huge fan of raw energy in a song, Bonham idolizes the man who personified that term, Otis Redding. You just can’t give a single reason why everyone won’t admire Redding for his contributions to music. On top of that, Bonham was also a fan of Redding’s drummer, Al Jackson Jr.

Quite surprisingly, most of our list of John Bonham’s favorites came from the liner notes of John Paul Jones that were included on Led Zeppelin’s box set. Among those were the talented musician and one of funk’s pioneers, James Brown. According to Jones, the drummer had a wide-ranging taste for music. “When we weren’t listening to James Brown or Otis Redding, he might be listening to Joni Mitchell or Crosby Stills Nash & Young,” JPJ said.