The 10 Times Rockstars Were On TV Before They’re Famous 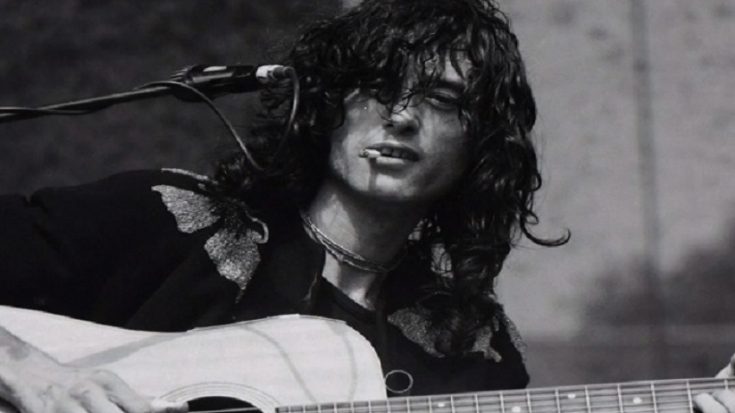 In recent times, television has become the beacon of the basis for what’s popular among the youth. If you dig deep enough, you can unearth pictures of now-famous people from before they were famous. This is especially true of the television series that aired in the ‘50s and ‘60s, probably because networks started to display shows with a younger demographic. Here are 10 instances of rock performers who made their first TV appearances before they became famous, with most of them helping define the burgeoning era of rock music.

Dominic Harrison’s (Yungblud) first acting role was as a guitarist Oz on the Disney Channel series The Lodge before he signed a record deal with Interscope in 2016. Despite being under contract for the next season, Harrison has opted to devote his time instead to his music.

Presented by MTV, the video below shows Peter Doherty waiting in line at HMV to purchase Be Here Now by Oasis. When asked by host Eddy Temple-Morris what he thinks of the band, a young and impressionable Doherty replies: “I subscribe to the Umberto Eco view that Noel Gallagher’s a poet and Liam’s a town crier.”

When Same Fender was a teenager, he appeared in the pilot episode of the ITV detective program Vera.

In 1978, Larry Mullen, Jr., the group’s drummer, helped get the members of The Hype organized at Mount Temple Comprehensive School in Dublin. After winning a talent contest in Limerick, Ireland, in March, they shed the name The Hype and became known as U2. The band had been asked to appear on RTE’s Youngline show two weeks prior.

In 1964, when David Jones (Bowie’s real name) was just 17 years old, he was featured on the BBC’s Tonight show for an interview. To stop the widespread persecution of long-haired gentlemen after the Beatles came, the young musician founded “The Society for the Prevention of Cruelty to Long-haired Men,” which caught the attention of the broadcasting services.

In the past, Madonna tried out for the TV show Fame, which helped launch many people’s careers. Although she didn’t get the part, Madonna ultimately prevailed when she launched her self-titled debut album.

Matty Healy, lead vocalist of the band The 1975, was exposed to the public eye at a young age and did his television debut in 1999 when he was just 10 years old. Denise Welch, the musician’s mother, was honored on the BBC show This Is Your Life, which reflected on the life and work of a new person each week.

An adorable young Matty Healy of @the1975 appearing on 'This Is Your Life'… pic.twitter.com/YAmXH4einI

Jimmy Page, the future Led Zeppelin guitarist, once performed with his skiffle band on the BBC kids’ show All Your Own. Skiffle, popularized by Lonnie Donegan, introduced young musicians like Page to the world of performing in a band.

Mick Jagger made his television debut advertising a new line of advanced climbing shoes. In the clip, a young Mick appears on his father Joe Jagger’s television show Seeing Sport. The old man Jagger was a teacher and TV broadcaster in the 1950s.

Jimi Hendrix supported himself before his fame as a session guitarist for blues and R&B greats like Little Richard and The Isley Brothers. See Hendrix along with the Isley Brothers’ 1965 appearance on the TV Show Night Train in this exclusive clip below.