The 10 Best Albums By Eric Clapton 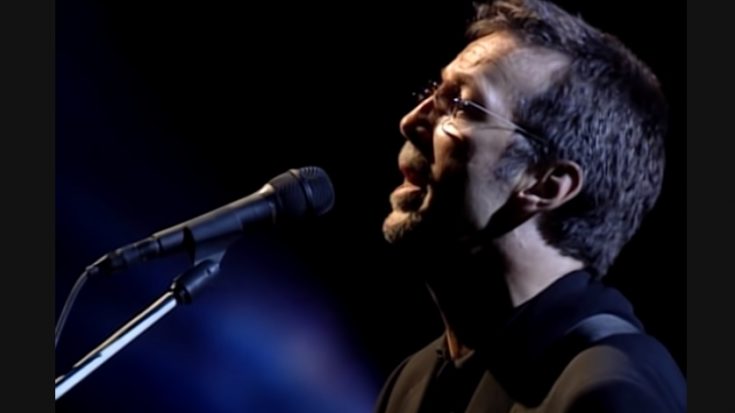 Whether it be from his early years in various groups such as Yardbirds and Cream, to his solo stints, Eric Clapton has never ceased to amaze fans with his masterful guitar work and compositions. A true icon for contemporaries and budding artists alike, Clapton’s five decade career has seen his passion for music, with enormous talent to back it up. As he grew older, Clapton’s material seemed to mellow down with him rather gracefully, ageing like fine wine. Here are some of Eric Clapton’s most sought-after catalogs that you need to own or listen to.

Eric Clapton tried to stay relevant in the 90’s with this catalog, with the moving tribute to his son in “Tears In Heaven”. Other tracks feature instrumental arrangements that showcases Clapton’s passion after all the years passed.

With a hectic schedule to fit in his first album recording, Clapton had extra help onboard, with the backing band of Delaney and Bonnie and Friends. One can see Clapton struggling to gain footing with the record, but tracks such as “After Midnight” and “Blues Power” proved his capacity for solo work.

Basically a continuation of Slowhand, Backless features the same formula of its predecessor, even featuring a JJ Cale cover to boot. The album touched the Top 10s with “Promises”, and is perfect if you need more of the Slowhand sound.

Clapton ushered into the 90’s and the consequent decades with hits like “Tears In Heaven” and “Unplugged”, looking back to the past and paying homage to his influences like JJ Cale and B.B. King. But 2004’s Me And Mr. Johnson was probably the best of them all, his rendition of blues progenitor Robert Johnson’s classic tracks.

Clapton’s later works proved to be more volatile than the others, with him jumping from blues to jazz to standard rock, and does so seamlessly with the Claptonian efficiency he’s been known for throughout his career. The album was the unfurling of an unknown past of the legendary musician.

From his initial boom from the start of the 90’s, Clapton goes back to his blues roots with covers from authentic icons like Muddy Waters and James Elmore’s hits. While the originals were unbeatable, Clapton’s renditions garnered a top spot in the chart, proving his potency once again.

The album was Clapton’s first attempt at music after his time in rehab, refueled by a new passion and taking up the guitar to play the blues once again. Though the album didn’t fare too well on its release, it was a laudable effort from Clapton considering his recent undertakings.

The 80’s weren’t the best years for Clapton, but as it closed, it seems like the musician had his grips on his career already. Clapton featured some of his best, charged guitar work of the years, dedicated to moving onto a new chapter of his life and music.

One of Clapton’s most successful ventures was Slowhand, which featured consistent rock tracks, easygoing jams, and some delving into pop styles that pushed him to the top of the ranks again. This initial success tasted so good that Clapton proceeded to produce a similarly woven album, Backless.

One of Clapton’s major solo successes was 461 Ocean Boulevard, which he crafted four years after his solo debut, and a drug problem he kicked to the curb. The catalog features an unrestrained Clapton which featured classics such as “I Shot The Sheriff” and “Willie and the Hand Jive”, garnering him his first number one record under his belt.