Rockstars That Worked In The Food Industry Before Being Legends 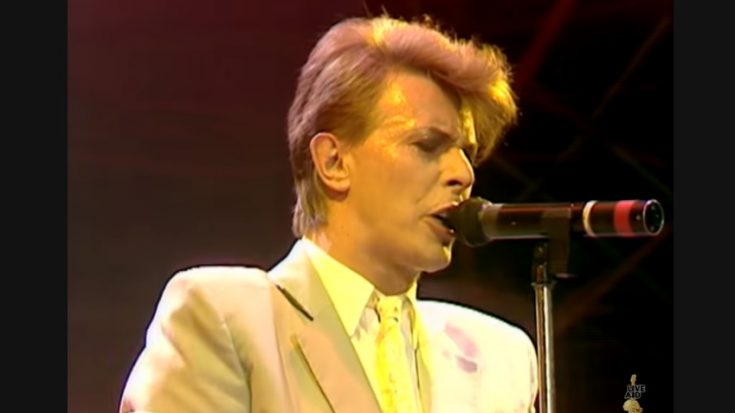 Some of our favorite rockstars had their fair share of normal and odd day jobs before making it big in the music scene. Some of them did these jobs to keep surviving, earn quick bucks, or continuing the way of life of their parents or guardians. Whatever their reasons may be, its quite humbling to know how some of the biggest rock icons started out with small-time, low pay jobs. But hey, as long as you aren’t doing illegal stuff, all’s cool. Here are some rockstars who have experience in the food industry as day jobs, before breaking out to become legends.

Even the elegant and magnificent Lord of Personas started out with a day job. As a young lad, Bowie was already into music, primarily due to Little Richard’s influence. He worked as a delivery boy for a local butcher to save up for a saxophone which he sought after with purpose at the time.

The Prince of Darkness was involved in a trade that even he couldn’t stomach. Ozzy Osbourne worked several day jobs, but none as bizarre in his time as a slaughterhouse assistant. “I had to slice open the cow carcasses and get all the gunk out of their stomachs… I used to vomit every day. The smell was something else”, Ozzy shares.

American rocker Tom Waits worked at the Napoleone Pizza House in San Diego at the young age of 14. Waits was initially a dishwasher, but was eventually promoted to cook status. “He started when he was in high school, about sixteen years old. He was shy at first, but I think that was just because he was young. He washed dishes, and then he became a cook. He was an excellent worker. He made good pizzas,” Owner Sal Crivello shares.

Soundgarden and Audioslave’s Chris Cornell was cleaning fish before he filled stadiums. The late frontman shared his experiences, “I did it for years, from my early teens on. My job was to wipe up the slime and throw away the fish guts. I met pretty much every sous-chef in town because they would come in and look around at what we had. I think we had the best wholesale seafood in town. The owner was impeccable about it.”

Wayne Coyne of the American rock act The Flaming Lips waited a decade before the band finally acheived mainstream success. To kill time and supplement his expenses, Wayne Coyne worked as a fry cook at Long John Silver’s. “In the beginning, it seemed like a dead-end job. But at least I had a job. And frankly, it was easy. After two weeks, I knew all I needed to know, and it freed my mind. The job allowed me to dream about what my life could become.”

Do you know of other famous rockstars who was in the food business before being legends? Share them on the comments!