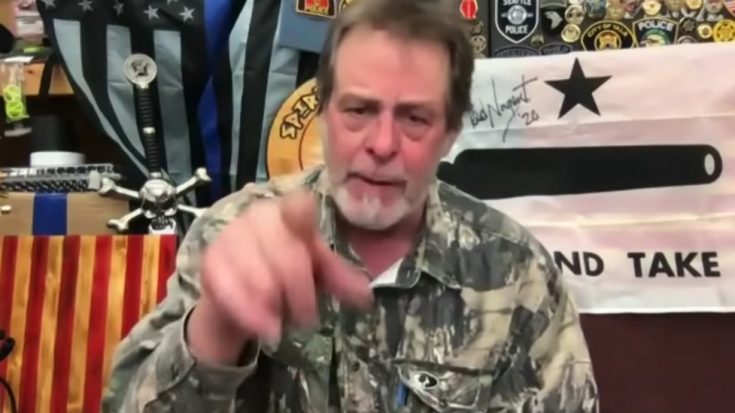 In a new episode of his Ted Nugent Spirit Campfire show, he said: “There are dirty, rotten, soulless bastards in positions of power that are trying to tell us how we can celebrate Thanksgiving with our families. We need to escape that ugliness — not turn our back on it, because we need to raise hell and let our mayors and our governors and our senators and congressmen know: you can’t tell me how many people I have at Thanksgiving. … You’re not in charge of my Thanksgiving. We are in charge of our Thanksgiving. You’ve got to express that to those people.”

The US has seen a spike in COVID-19 cases in the past two months. Since November 4, there have been more than 100,000 diagnoses each day, while the number of cases for November 20 reached 198,537, breaking the previous-day record of 187,428. In order to counter this, various municipalities across the country have tightened restrictions that were relaxed during the summer with the threat of mass holiday gatherings in view.

Ted Nugent doesn’t believe in any of this, however. He said, “If everybody out there in America wants to be the ultimate ‘We the People’ and experiment the ultimate self-government, express yourself firmly. You don’t scream; you don’t swear at ’em. I’m tempted to, but I don’t. But I make sure they answer my questions. And if they don’t, I tell ’em I’ll call ’em back later. ‘It’s 2:00 on Monday. You can’t answer this question now. How about if I call you on Wednesday at 2:00? Because I’m not gonna let you off the hook. You’re gonna answer these questions or I’m gonna spread the word that you’re a power abuser and we’re gonna fire you.'”

“When I say stuff like that, people think I’m radical,” he added. “That is standard operating procedure in an experiment in self-government. So I hope this vitality and this adamancy and this demand of independence — not just declaration of independence; demanding of independence — I hope it’s contagious on the Spirit Campfire, and I hope people are running this up their individual family flagpoles like their mean it.”