Story Of The Song: “Who’ll Stop the Rain” By Creedence Clearwater Revival 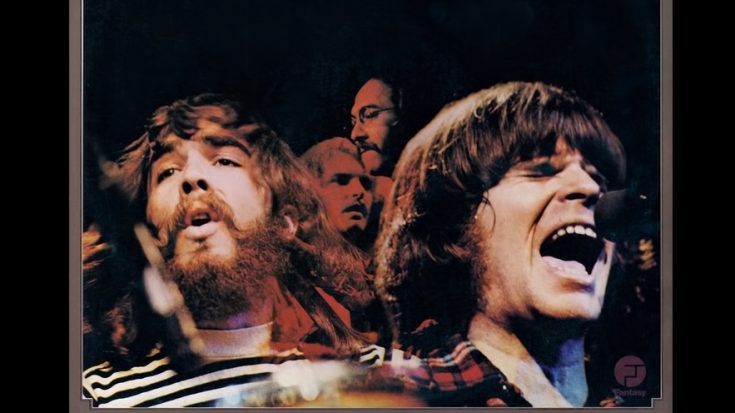 “Who’ll Stop The Rain” is from Creedence Clearwater Revival’s fifth album, 1970’s Cosmo’s Factory. The song banks on the general thought of discomfort experienced by “good men through the ages,” and is separated into three chronological perspectives of historical, recent past, and present approaches.

Written by frontman John Fogerty, “Who’ll Stop The Rain” popularly alluded to Vietnam War’s protests, but this rumor has been shot down by Fogerty himself when he performed at the Shelburne, Vermont in 2007, saying, “Well, this next song has a bit of a fable surrounding it. A lot of folks seem to think I sang this song at Woodstock way back then. No. I was at Woodstock 1969. I think. It was a nice event. I’m a California kid. I went up there and saw a whole bunch of really nice young people. Hairy. Colorful. It started to rain, and got really muddy, and then half a million people took their clothes off!!! Boomer generation making its presence known I guess. Anyway, then I went home and wrote this song.”

When asked about what the song’s lyrics meant in an interview with Rolling Stone, Fogerty had this to say: “Certainly, I was talking about Washington, when I wrote the song, but I remember bringing the master version of the song home and playing it. My son Josh was four years old at the time, and after he heard it, he said, ‘Daddy stop the rain.’ And my wife and I looked at each other and said, ‘Well, not quite.'”