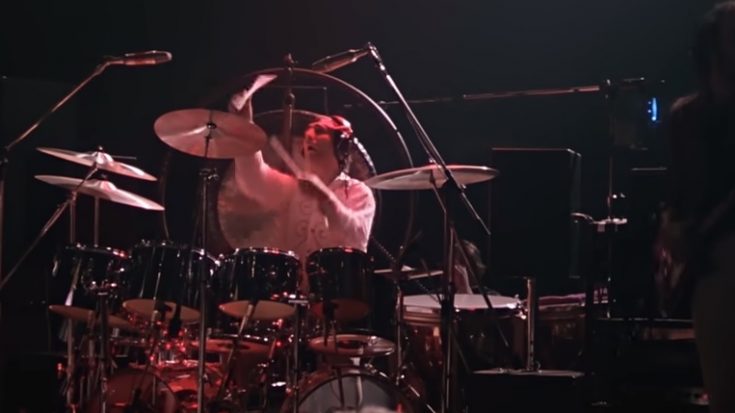 If there was one crazy enough to be on the drum kit but still be revered as a genius by his peers, it was Keith Moon. Indeed, there was no one deserving enough to earn the title “the greatest Keith Moon-type drummer in the world” except the Who’s “Moon the Loon” – this proclamation came from Moon himself, by the way. In honor of the late bombastic drummer, here are some of his finest (or roughest) works.

The Who weren’t afraid to dabble in psychedelic material early on in their career, with the epic 1967 release of The Who Sell Out having Moon step up on his role by being more than just a timekeeper on “I Can See For Miles.” He dishes out a solo that rivals Pete Townshend’s slithering guitars, one that still rings true to this day.

This pop-ish track from The Who’s 1966 album A Quick One is a testament to Moon’s versatility as a drummer. Antics aside, he is able to complement Townshend’s evocative songwriting well with variable tempo changes and fickle solo in the middle of the song.

The Who borrows a Mose Allison song and turned it into a chugging blues masterpiece for the sessions that comprised Live at Leeds. Here, Moon pairs John Entwistle’s booming bass with firecracker percussions of his own, with a sound that seemed like it came from a larger ensemble.

Being a part of the Rolling Stones’ The Rock and Roll Circus, the band didn’t falter to the big names involved in the production. For their number of “A Quick One, While He’s Away”, Moon dishes out every party trick onto his kit for a satisfying, hard-rocking performance.

This live rendition of the revolutionary classic from the Who’s 1971 album Who’s Next is one of the top performances from Moonie, which is quite poignant as it happened to be his last with the band as well. He sets up the mood for Roger Daltrey’s otherworldly scream as he flings a solo right onto the faces of a waiting audience.