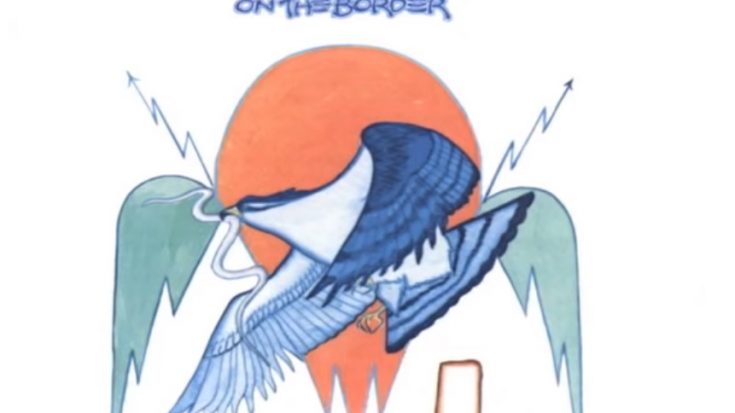 The Eagles were on their way to capitalize on a harder, edgier sound with the release of 1974’s On The Border. Often touted as a country-rock act, members felt like they were put inside a box with this label, and On The Border was their statement that they were more than that.

The title track was inspired by the Watergate scandal, where fears of the government overstepping their boundaries ran rampant. It also alluded to the impending impeachment of then-President Richard Nixon, where Glenn Frey even whispers at the end of the song, “Say Goodnight, Dick”, a line which was made famous by Dan Rowan of Rowan and Martin but used in the context of booting Nixon out of the White House. “We were addressing Nixon, because at that time it was pretty clear that he was on his way out, so that was our little kiss-off to Tricky Dick,” said Don Henley.

Henley later comments on the song as a clumsy attempt at songwriting as the band was just finding its feel in the said craft, where they were aiming for an R&B sound but veered off quite differently in the end. The band’s Temptations-inspired background vocals are evident, in which they sought the help of gin and tonic for the added element of surprise on the record.