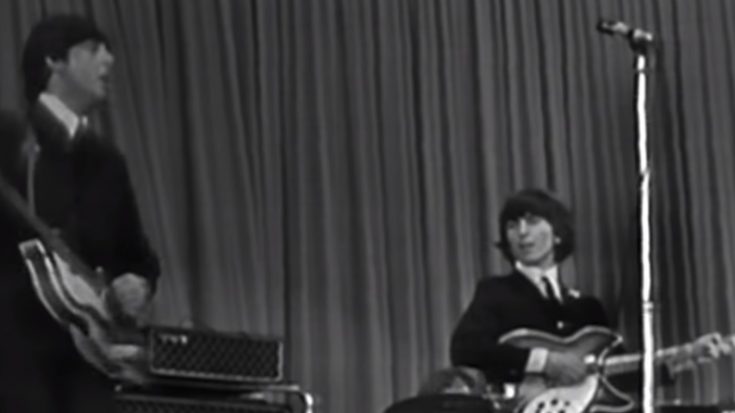 “A Hard Day’s Night” is one of the Beatles’ quintessential tracks, released with their third album of the same name in 1964. The primary concept of the song came from drummer Ringo Starr, who said in a 1964 interview with DJ Dave Hull, “We went to do a job, and we’d worked all day and we happened to work all night. I came up still thinking it was day I suppose, and I said, ‘It’s been a hard day…’ and I looked around and saw it was dark so I said, ‘Night!’ So we came to ‘A Hard Day’s Night.'”

John Lennon was responsible for the main structure of the song, which had long, repetitive notes that are reminiscent of the Irish folk song, “Donall Og” due to the pentatonic melody and glissandos present. In Albert Goldman’s book, The Lives of John Lennon, he wrote: “The whole composition is written in mixolydic key, an old key which was abandoned in the beginning of the seventeenth century, but is maintained in English and Irish folk music.”

Due to the song being part of their first movie, which was initially titled Beatlemania! to A Hard Day’s Night, The Beatles had to record it in the shortest possible time, doing it all in 9 takes and at less than 24 hours. Lennon wanted Paul McCartney to sing the middle sections as his vocals were more suited to the sections, while he delegated himself to lead vocal duties. With “A Hard Day’s Night”, the Beatles bagged 4 Grammys – one for this song for Best Performance By A Vocal Group in 1964 – and won the Best New Artist award for that year as well.