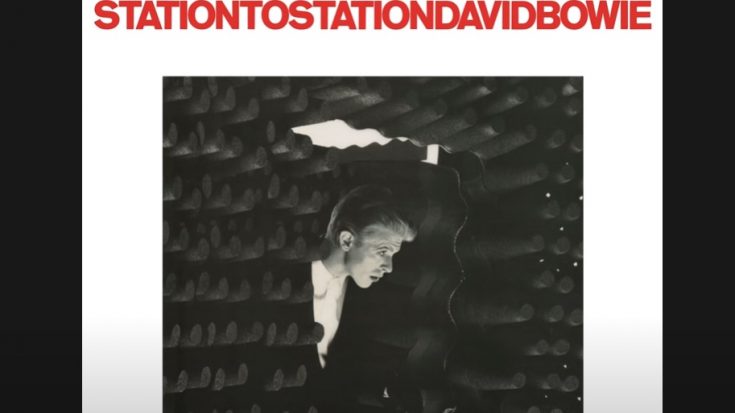 David Bowie’s tenth album release, Station To Station, was one that he recorded while he was heavily dependent on drugs, claiming he recalled nothing of the sessions. The album became the platform for him to practice on his new persona, the Thin White Duke, and was a transitional moment for Bowie where he further developed his funk and soul sound from the previous records and even delved into krautrock to enhance the release’s sonic landscape. Themes of occultism and romance were prevalent with Station To Station, heralding a new era for Bowie’s music to succeed.

The title track “Station To Station” opens the album with a long, extended jam with a careful intro section while it progresses into a theatrical progression later on, contrasted by a lively bass and disco backbeat. Next is “Golden Years”, banking on Bowie’s previous experience with funk and incorporated it to the main groove, while the vocals are augmented by an accompanying hook to give it a pop feel. “Word on a Wing” closes the first side with its lively ballad arrangement is driven by a piano progression that has Bowie ironically singing out with a plea for help due to his substance dependency in the period.

“TVC 15” is inspired by punk rocker Iggy Pop’s hallucinations where he saw his girlfriend being swallowed by a TV and is carried by a boogie-woogie feel that turns into disco-rock as its runs its length. It is followed by “Stay”, one of the heavier cuts in the record which has indulgent funk influences and varied vocals to enhance the song’s texture. Ending the album is “Wild is The Wind”, an easygoing ballad borrowed from Johnny Mathis and inspired by Nina Simone’s own version, his unique vocal rendition garnering acclaim from numerous accounts through the years.

Station To Station was successful upon release, reaching no. 3 on the Billboard Album Charts and became Bowie’s highest-charting record in the US for almost 40 years. Even Bowie himself considers the album to be one of his prime works.