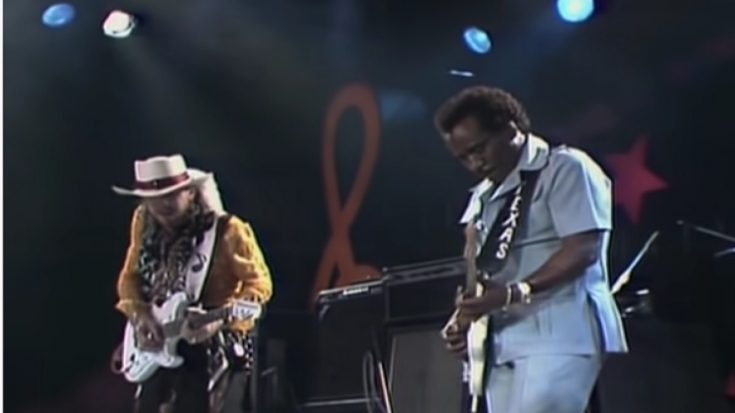 The summer of 1982 came on a big blow to Stevie Ray Vaughan when he was asked to perform during the annual Montreux Jazz Festival in Montreux, Switzerland. SVR and his group were booed on-stage, making it seem as though they were just boring people off. While it wasn’t a bad night altogether (David Bowie was watching, and he didn’t boo him), it was still a tough one. Three years later, as they conquered the same stage, they re-emerged as heroes of the night.

During this point, the biggest highlight of the show would be Stevie’s neat performance of “Tin Pan Alley (aka Roughest Place In Town).” Together with legendary blues musician Johnny Copeland, they exhibited the right way to perform the music. The audience, now familiar with the SVR’s showmanship, was mesmerized with the battle between the naughty riffs of both Vaughan and Copeland, including their magnificent voices. It was a night of sheer glory.