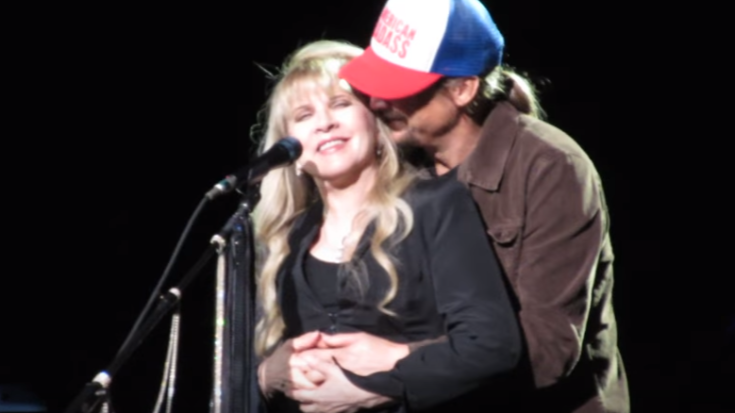 What we love about this is how genuine it feels – it’s not staged or planned. You see, during a live performance of “Landslide”, Stevie Nicks dedicated the iconic song to her close friend Kid Rock. Well guess what, she probably didn’t know that he was in the audience and he went up on stage and planted a sweet kiss on her cheek while hugging her from the back. It’s just way too cute!

“I have known Kid since 2001 — and we have had a very special friendship ever since. We relate on many levels. Behind (Rock’s) crazy flamboyance lies the most amazing person. We have always joked that if I had had a child it would have been him.” – Stevie Nicks

One of our favorite moments is when she was left speechless at the end of the song. You can tell she didn’t expect him to be there. How beautiful was that?