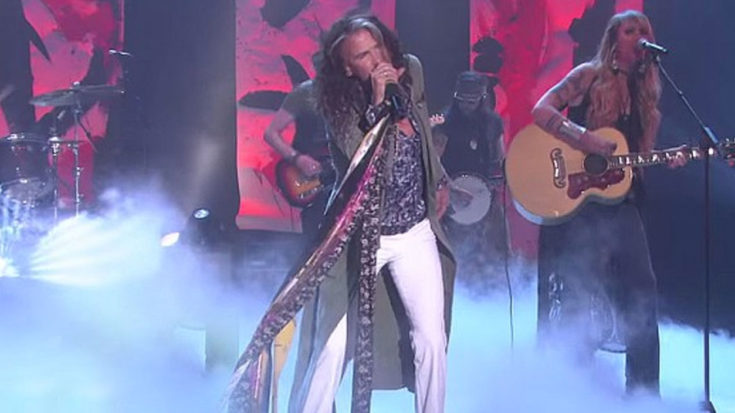 He Is Killing It!

We can’t get enough of Steven Tyler’s performance of his debut country single “Love Is Your Name.” So you can imagine that we were beyond excited to see Tyler perform his second country song “Red, White & You” on The Ellen Degeneres Show. Tyler is breaking into the country music industry with full speed, and we have to say we’re pretty impressed.

Steven Tyler recently announced the upcoming release of his first country album We’re All Somebody From Somewhere, which hits stand on July 15. His tour also kicks off on July 2.

In the meantime, check out Steven Tyler’s performance on Ellen below, and tell us what you think. Do you like Tyler’s transition to the country side?