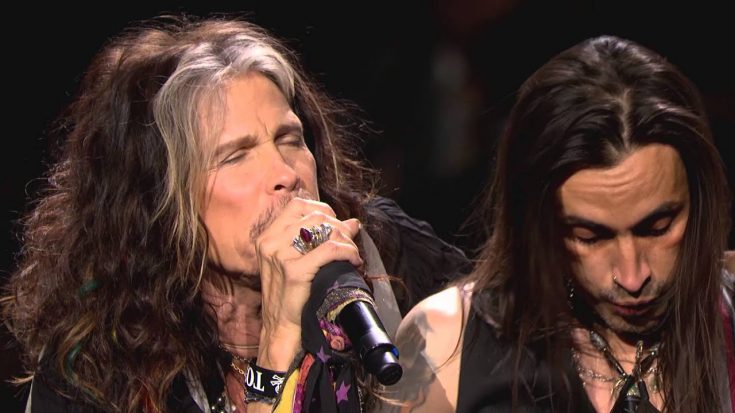 Relive the incredible moment when Steven Tyler was chosen to perform at the 2014 Nobel Peace Prize Concert. The live performance can be seen below.

Until recently, the terms “Steven Tyler” and “world peace” were not considered synonymous. The charismatic frontman of Aerosmith has agreed to perform at the December 11 concert honoring Nobel Peace Prize recipients: human-rights activists, India’s Kailash Satyarthi and Pakistan’s Malala Yousafzai, who is known for “their struggle against the oppression of children and young people, and for the right of all children to education.”

Tyler performed “Livin’ On the Edge,” a single from Aerosmith’s seminal album, Get a Grip. Apart from that, Tyler also performed “Dream On,” and a duet of the song, “More than Words” with Extreme guitarist Nuno Bettencourt.

Inside its 21st year, the Nobel Peace Prize Live performance added an artistic element to a celebration of the smartest minds working directly to make this world a better place – and an event in which Steven was incredibly proud to participate. “I am excited to bring rock ‘n’ roll to this incredible night, honoring some of the world’s most courageous activists,” Tyler said in a statement.

You can watch the performance of “Livin’ On the Edge” by Steven Tyler below.