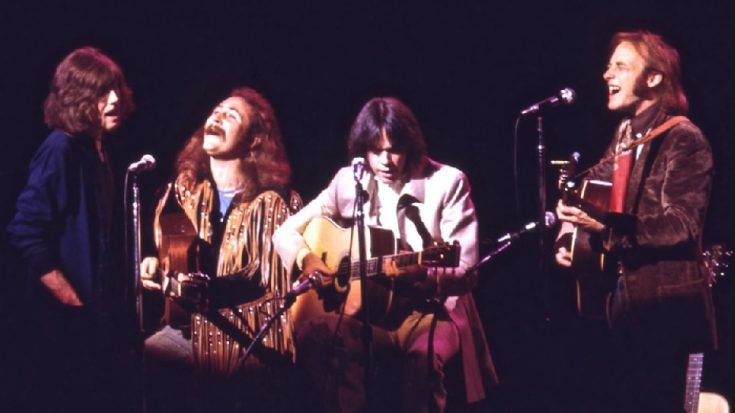 For years, many people have been singing along to the chorus of “Ohio,” an intense protest song by Crosby, Stills, Nash & Young (CSNY). Folk songs like this one are designed to be easily memorized and performed. But where did this well-known tune get its beginnings? That’s what most fans what to ask.

The Kent State University student demonstration on May 4, 1970, resulted in the deaths of four students, the paralysis of one, and the injury of an additional eight students. The Ohio National Guard opened fire on the protesters for over 60 rounds for a strong 13 seconds, putting an end to what was supposed to be a protest against the Vietnam War. The event was featured on the front cover of Life Magazine. And when David Crosby gave Neil Young the current issue, he reportedly disappeared for a few minutes and came back with the song already intact and ready to play.

Every aspect of “Ohio,” from the writing and recording process to its release, was an amazing adventure both for CSNY and their fans. For Young, it was also the song he considered the one that unified the band. “Ohio was the best record I ever made with CSNY,” Young said in his book, Shakey (2010). Definitely. That’s the only recording I know of where CSNY is truly a band. It’s all live. And it felt really good to hear it all come back so fast — the whole idea of using music as a message and unifying generations and giving them a point of view.” As a single, it was released alongside Stephen Stills’ “Find the Cost of Freedom” and peaked at number 14 on the US Billboard Hot 100 and number 16 on the Canadian Charts.

Since then, “Ohio” is still a hit with audiences more than half a century after it first aired. You can listen to the song below.