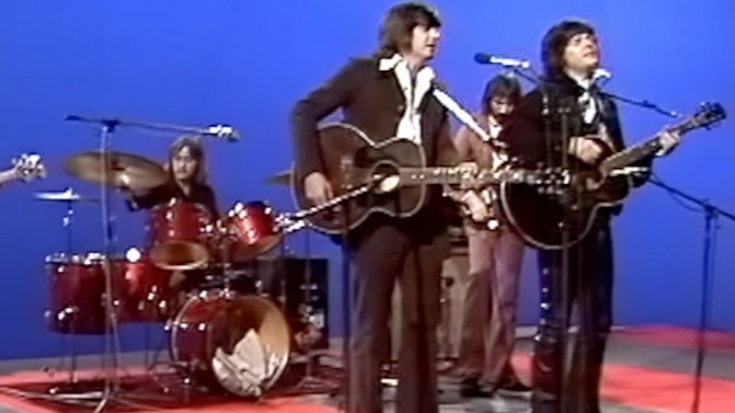 The Everly Brothers have become an important figure in the world of rock, creating songs that are built to last for a lifetime and inspiring hundreds of artists, including The Beatles and Beach Boys. One of the brothers’ famous classics is their 1958 hit, “All I Have to Do Is Dream.”

Although the song was written by Boudleaux Bryant for his duo, Felice and Boudleaux Bryant, it didn’t receive further recognition until Don and Phil Everly created their version of the song, which became an instant hit for the two. And why wouldn’t it be? It’s a real heavenly treat. The Bryants have also given the brothers’ first hit with “Bye Bye Love,” as the brothers’ version topped the charts in 1957.

“All I Have to Do Is Dream” became a staple on the duo’s performance setlist, as it became a growing crowd favorite. While a lot of renditions sprouted after the track’s release, there remains a certain charm that only the brothers can help achieve in their shows. One of which is this 1972 rendition of the song from the German TV show, Beat Club.

Instead of the usual, the version was slow-paced, with Don and Phil sharing vocals. Albeit the slight change of rhythm, the song remains heavenly to hear, showing the lovely side of the brothers’ harmonies inside the song. It’s too wonderful not to be heard, and if you do want to join in the hype, you can watch their performance below.