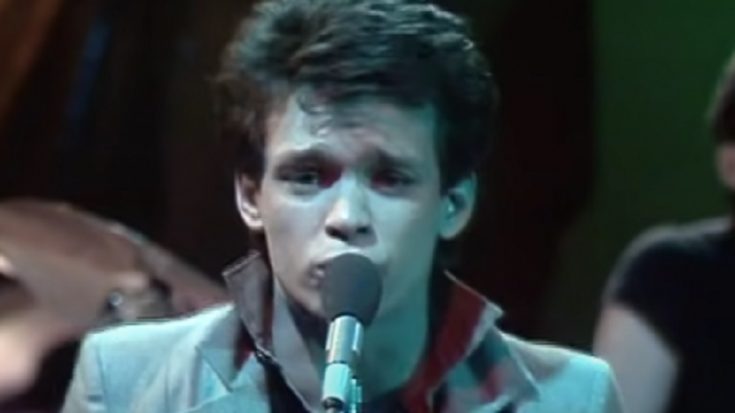 When John Mellencamp was still going by the name “John Cougar,” he was able to make a mark for himself with this magnificent rock song named “I Need A Lover.” It details about the longing for a low-maintenance lover, who doesn’t need to be in a commitment, although there’s a hint of crippling loneliness inside. The song became huge all over the world, giving the singer a boost in his career, enabling him to pursue music with better recognition.

And gaining such status, he became a musician who isn’t afraid to use his real name as of the moment. Speaking with Songfacts, Mellencamp said: “I figured out after the ‘I Need A Lover’ experience, that I had to go over everybody’s head.” Figuring out that rock hits could give him fame that he’s been longing for with no set of boundaries imposed, he set foot on a journey that made him a star. In this video presented below taken from a Dutch TV show named TopPop, you would’ve guessed why Mellencamp became a true rock hero.

Starting off with its fresh rhythm, Mellencamp sets aside his fears and doubts and he’s finally embracing his real star potential. He’s finally addressing the thing that’s missing in his life, a lowkey lover, yet he’s a bit lowkey as well. And up goes the song’s guitar solo— a main highlight of the show. Ravenous and wild, it’s typical to his song formula. You can watch John Mellencamp’s performance below.